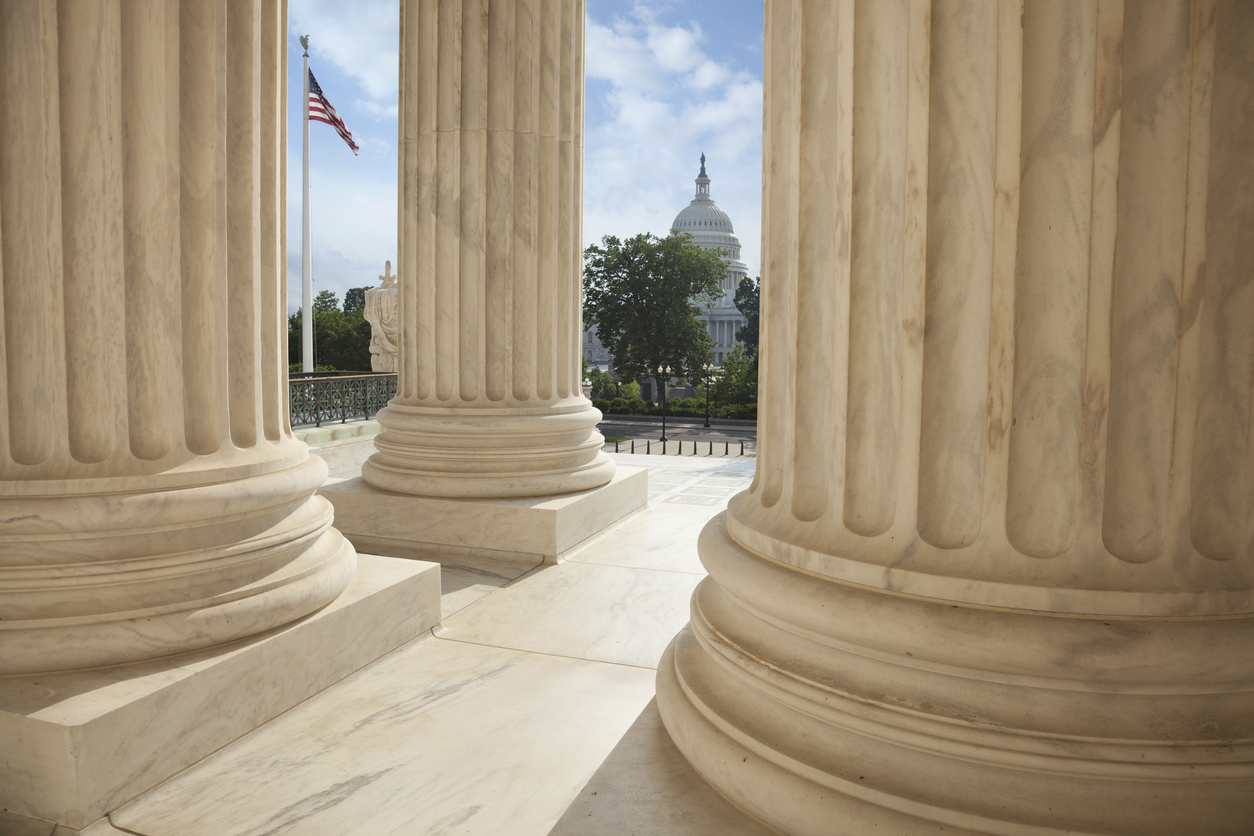 The US Supreme Court handed down two decisions today relating to COVID-19 vaccine mandates, issuing a stay to prevent a broad mandate from the Occupational Health and Safety Administration, but allowing a more limited Centers for Medicare and Medicaid Services mandate relating to healthcare workers.

The OSHA mandate, due to kick in this week, would have required either vaccinations or masking and regular testing for US employers with 100 or more employees, with some carve-out exceptions for outdoor and fully remote workers. It was a large part of the Biden administration’s COVID response plan.

The Court issued a 6-3 decision on NFIB v OSHA, overturning a previous court’s ruling which had upheld the mandate as lawful. The court’s conservative block argued that such a sweeping mandate, affecting 84 million workers, was well out of OSHA’s purview and amounted to a legislative power grab over decisions that ought to be left to the states or Congress.

“The question before us is not how to respond to the pandemic, but who holds the power to do so,” Justice Neil Gorsuch wrote in a concurring opinion. “The answer is clear: Under the law as it stands today, that power rests with the States and Congress, not OSHA. In saying this much, we do not impugn the intentions behind the agency’s mandate. Instead, we only discharge our duty to enforce the law’s demands when it comes to the question who may
govern the lives of 84 million Americans.”

In addition to the separation of powers argument, the ruling drew a distinction between an occupational hazard, which is encountered exclusively in the workplace, and a general hazard of living, arguing that giving OSHA power over the latter would give them a very broad mandate indeed.

The dissenting liberal justices said this distinction has no legal basis, however.

“Contra the majority, [the Act establishing OSHA] is indifferent to whether a hazard in the workplace is also found elsewhere,” the liberal judges wrote in a dissenting opinion. “The statute generally charges OSHA with ‘assur[ing] so far as possible . . . safe and healthful working conditions.’ That provision authorizes regulation to protect employees from all hazards present in the workplace—or, at least, all hazards in part created by conditions there. […] The Standard protects untold numbers of employees from a danger especially prevalent in workplace conditions. It lies at the core of OSHA’s authority. It is part of what the agency was built for.”

In the second case, Biden v Missouri, the court accepted the authority of CMS to withhold federal funding from providers who don’t mandate the vaccine for their staff. The justices seemed to reference the OSHA decision, writing “the challenges posed by a global pandemic do not allow a
federal agency to exercise power that Congress has not conferred upon it. At the same time, such unprecedented circumstances provide no grounds for limiting the exercise of authorities the agency has long been recognized to have.”

The decision is a setback for the Biden administration, which pushed for the OSHA mandate as a remedy to the country’s still-low vaccination rate, currently sitting at 63 percent of the population.

President Joe Biden referenced vaccine mandates in a briefing earlier in the day (before the court decision), calling COVID-19 “a pandemic of the unvaccinated”.

“For example, before its vaccination requirement, […] United Airlines was averaging one employee dying a week from COVID-19.  After implementing its requirement, it has led to 99 percent of its employees being vaccinated.  United had 3,600 employees test positive, but zero hospitalizations, zero deaths in over 8 weeks. But as long as we have tens of millions of people who will not get vaccinated, we’re going to have full hospitals and needless deaths.”

Supply chain middlemen ‘pocket half of US branded medicine spending’