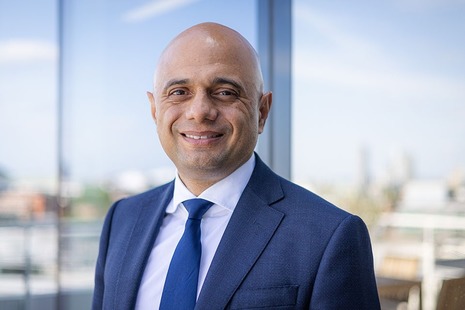 UK health secretary Sajid Javid is giving up his position after a year in the role, saying in his resignation letter that he can “no longer, in good conscience, continue serving in this government.”

His departure on its own would be a blow to Boris Johnson’s beleaguered premiership, but with Chancellor of the Exchequer Rishi Sunak also hitting the eject button, the prime minister looks more vulnerable than ever.

The timing of the resignations – just a few minutes apart – also begs the suggestion that the two cabinet ministers were in cahoots, and foments speculation whether more may be on the way. Either way, Johnson has been forced into a reshuffle at a time when he desperately needs his party to be behind him.

Sunak’s is the more damaging departure, and his letter also levelled a broadside at the PM, referring to the public’s expectation that government is conducted “properly, competently and seriously.”

The resignations came shortly after Johnson was forced to apologise for appointing MP Chris Pincher to a senior role, in spite of earlier misconduct. He initially denied he was aware of the scandal, then when that position was publicly challenged by a former civil servant claimed he had forgotten about it.

That was only the latest in a string of bad headlines for the PM, coming just a few weeks after he survived a no confidence vote in which 41% of his own MPs voted against him.

Discontent among Conservative back benchers has been rising in the wake of a damning report on Downing Street parties during lockdown, for which Johnson was fined by police. He is protected from another vote of no confidence for 12 months.

Javid – also a former chancellor – wrote in his letter that he was proud of the work he has undertaken as health secretary, including the rollout of the COVID-19 booster programme, investment in treatments, and NHS modernisation.

I have spoken to the Prime Minister to tender my resignation as Secretary of State for Health & Social Care.

It has been an enormous privilege to serve in this role, but I regret that I can no longer continue in good conscience. pic.twitter.com/d5RBFGPqXp

“The tone you set as a leader, and the values you represent, reflect on your colleagues, your party, and ultimately the country,” he said.

“Conservatives at their best are seen as hard-headed decision-makers, guided by strong values. We may not always have been popular, but we have been competent in acting in the national interest. Sadly, in the current circumstances, the public are concluding that we are neither.”

Javid’s departure comes as COVID-19 infections are rising, and as the UK is facing record waiting lists for elective care and chronic understaffing in the NHS.