UCB preps filings for another challenger to AZ’s Soliris 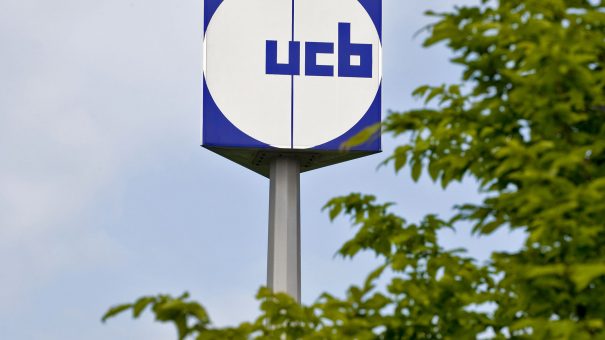 Belgian drugmaker UCB says it will be able to file not one but two new drug therapies for autoimmune disease generalised myasthenia gravis (gMG) this year, after its C5 inhibitor zilucoplan hit the mark in a phase 3 trial.

Zilucoplan achieved a significant improvement in the Myasthenia Gravis-Activities of Daily Living Profile (MG-ADL) total score compared to placebo at week 12 in the RAISE trial, which UCB said was a “clinically meaningful” result.

Regulatory filings for the drug will now take place later this year, alongside anti-neonatal FC receptor (FcRn) antibody rozanolixizumab which met its objectives in the phase 3 MycarinG trial in December.

If approved, the two drugs will place pressure on AstraZeneca’s $4 billion blockbuster gMG therapy Soliris (eculizumab), which it acquired as part of its $39 billion takeover of Alexion.

Soliris and AZ’s follow-up drug Ultomiris (ravulizumab) are also C5-inhibiting antibodies, but need to be dosed by intravenous infusion once every two or eight weeks, respectively. In contrast, zilucoplan is a peptide that can be taken once-daily as a subcutaneous injection, so can be self-administered by patients at home.

UCB acquired rights to the drug when it bought US biotech Ra Pharma in a deal worth around $2.1 billion in 2019, and is also developing the drug for paroxysmal nocturnal haemoglobinuria (PNH), another of Soliris and Ultomiris’ FDA-approved indications.

Ultomiris isn’t approved for gMG yet, but AZ filed for approval in the disease – which causes severe weakness and fatigue in muscle – last December, and could have a verdict from the FDA in the second quarter of this year.

Analysts at Evaluate have predicted that zilucoplan and rozanolixizumab could struggle to make headway in an increasingly competitive market, estimating 2026 sales of $376 million and $349 million, respectively.

One factor is the fast growth of Ultomiris, which breached the $1 billion sales threshold in 2020 and has been growing at a healthy lick during 2021, but there are a number of other rival therapies looming.

That includes Argenx’ anti-FcRn drug Vyvgard (efgartigimod alfa) – another IV drug which was approved for gMG by the FDA in December – and Apellis Pharma’s C3 inhibitor Empaveli (pegcetacoplan) which is given by subcutaneous infusion twice-weekly using a pump device but currently cleared by the FDA only for PNH.

UCB said it will file zilucoplan and rozanolixizumab in the US, Europe and Japan, starting in the coming months, and reckons it is currently the only company investigating two potential treatments with different mechanisms of action in gMG.