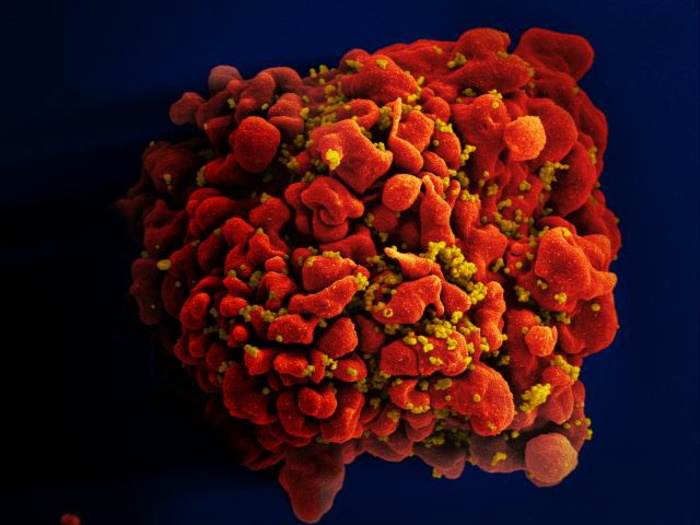 A woman with HIV who received a stem cell transplant to treat acute myeloid leukaemia (AML) appears to have been cured of the infection according to US researchers.

The case study described at the Conference on Retroviruses and Opportunistic Infections (CROI) this week involved a mixed-race woman who had been on antiretroviral therapy (ART) for four years before being diagnosed with AML.

She received a cord blood transplant to treat the AML, receiving stem cells carrying a genetic mutation (CCRΔ5/Δ32) which means they lack the CCR5 co-receptor used by HIV to get access to cells – effectively creating an HIV-resistant immune system.

Now – more than four years after the procedure and 14 months after coming off ART – she is ” asymptomatic and healthy,” according to the team who carried out the procedure, led by Yvonne Bryson of the University of California Los Angeles and Deborah Persaud of Johns Hopkins University. Her AML has also gone into remission.

The woman isn’t the first person to be apparently cured of HIV in this way, as previously two men have also been deemed to be free of the virus after a stem cell transplant.

One – known as the Berlin patient – was in remission for 12 years before he died of a recurrence of his leukaemia in September 2020. The second man from London has now been in HIV remission for more than 30 months.

The scientists stress that this is not a feasible treatment for most people with HIV, as a stem cell transplant can be a dangerous medical procedure that is only used for people with life-threatening conditions.

It involves killing off a patients’ bone marrow with high-dose chemotherapy before the stem cell transplant, which then replenishes the immune cells.

Nevertheless, the results suggest it could become more widely-used among people with HIV and severe cancer, haematopoietic disease, or other underlying conditions that tip the scale in favour of transplant, say the researchers. They estimate that a few dozen people per year in the US may be eligible.

“This third case of HIV remission suggests that CCRΔ5/Δ32 cord stem cell transplantation should be considered to achieve HIV remission and cure for people living with HIV who require such a transplant for other diseases,” they conclude.

Dr. Anthony Fauci, who has led the U.S. fight against HIV for over 40 years, has a guarded reaction to the “breaking news” that scientists say they have possibly cured an American woman of #HIV using a new transplant method involving umbilical cord blood.
(Pt 1)#hivcure pic.twitter.com/2ib5sB4s9Q

“This is more of a proof-of-concept, than something that can be applicable to the many millions of people living with HIV,” said Dr Anthony Fauci, director of the National Institute of Allergy and Infectious Diseases (NIAID), which funded the research.

Having a third functional cure of HIV nevertheless does give pointers to how a more widely applicable cure might be developed in the future, for example using gene-editing drugs to introduce CCR5Δ32 mutation into patients.

Targeting CCR5 with gene-editing is acontroversial however, following the case of Chinese doctor He Jiankui, who modified the genes of twin babies using CRISPR to protect them from HIV, sparking a backlash from the scientific community and earning him a prison sentence.

Sangamo was working on a treatment based on autologous (patient-derived) stem cells and T cells that were gene-edited to carry the CCR5Δ32 mutation, but abandoned the project to focus on other disease areas.

The mantle now seems to have been picked up by Excision BioTherapeutics, which raised $60 million last year to fund a trial of a CRISPR-based gene editing medicine that would work in a different, more direct way, by snipping out HIV genetic code from human cells and tissues.