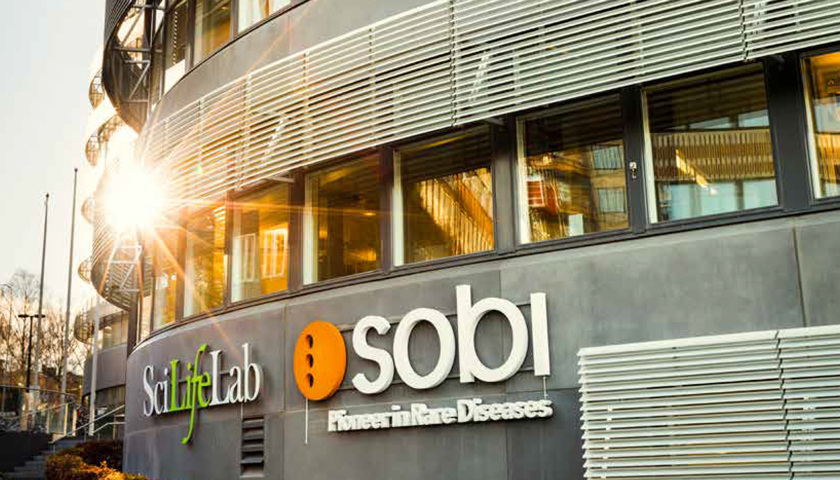 Swedish rare disease specialist Sobi is paying $55 million upfront to license rights to ADC Therapeutics’ lymphoma therapy Zynlonta – approved in the US last year – in Europe and other international markets.

The deal expands Sobi’s position in orphan diseases within haematology, one of its core focus areas, and also includes a $50 million payment Zynlonta (loncastuximab tesirine) is approved in the EU and another $330 million in milestone payments tied to other regulatory and sales objectives.

The move comes as Sobi’s haematology business – centred largely around a partnership with Sanofi in haemophilia therapies – has come under competitive pressure from new therapies like Roche’s Hemlibra (emicizumab).

It also takes the company into new territory in blood cancers, as well as solid tumours, with Sobi taking rights to the drug across both categories in markets outside the US, Greater China, Japan and Singapore.

Loncastuximab tesirine is an antibody-drug conjugate (ADC) against CD19, a protein expressed on the surface of B cells, and is approved in the US for adult patients with relapsed or refractory diffuse large B-cell lymphoma (DLBCL) after two or more lines of systemic therapy.

It’s under regulatory review for the same indication in Europe, with a verdict expected in the first quarter of next year, said Sobi.

DLBCL has an incidence in Europe of approximately four cases per 100,000 adults per year, with around 40% of patients requiring at least second-line therapy for relapsed or refractory disease.

If approved by the European Commission, loncastuximab tesirine will slot into Sobi’s haematology franchise alongside drugs like Doptelet (avatrombopag), its oral thrombopoietin receptor agonist which is approved for primary chronic immune thrombocytopenia (ITP).

Prospects for an additional use in treating low platelet counts caused by cancer chemotherapy took a knock in 2020 however after Doptelet failed a phase 3 trial.

In the EU, loncastuximab tesirine has orphan drug designation for the treatment of DLBCL, a form of non-Hodgkin lymphoma (NHL).

ADC Therapeutics is also developing the drug in combination with rituximab as a second-line therapy for DLBCL in a phase 3 trial, and in earlier-stage studies for follicular lymphoma, another form of NHL.