Sanofi’s plans for OTC Cialis hit a snag in US 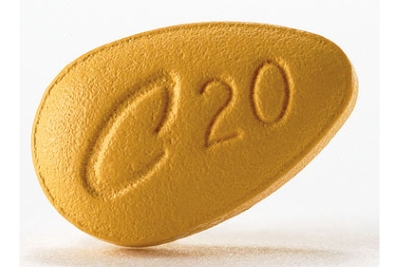 It has been eight years since Sanofi licensed rights to an over-the-counter version of erectile dysfunction (ED) drug Cialis from Eli Lilly, and the FDA has just thrown a spanner into its plans to bring it to market in the US.

Sanofi said this morning that the US regulator has imposed a clinical hold on its Actual Use Trial (AUT) of the OTC formulation over “matters surrounding the protocol design.”

According to the French pharma group the study has not yet recruited any patients, and it will “engage the agency in upcoming meetings as we determine next steps.”

Cialis (tadalafil) is sold as a prescription-only therapy worldwide for ED, and was first approved for marketing in 2002, reaching sales of $2.3 billion for Lilly in 2015 before its patents expired in the US and generic copies of the drug and rival therapy Viagra (sildenafil) from Pfizer ate into market share.

Sanofi bought rights to an OTC version in the Europe, the US, Canada and Australia in 2014, saying it would bring the new version to market after patents on the drug expired. Terms of that license deal have not been disclosed.

At the moment there are no OTC ED drugs available in the US, although Pfizer has launched an OTC version of its drug – called Viagra Connect – in some markets starting with the UK in 2017. It hasn’t been forthcoming about plans to bring the product to the US market, although Viagra retained patent protection there until 2020.

In its first quarter results update, Sanofi’s head of consumer health – Julie Van Ongevalle – said that the switch of Cialis in the US had been held up by the pandemic but added that she expected the AUT trial to get underway before the end of the second quarter.

“No company has made it this far on this journey, and this puts our estimated launch date in 2025,” she pointed out.