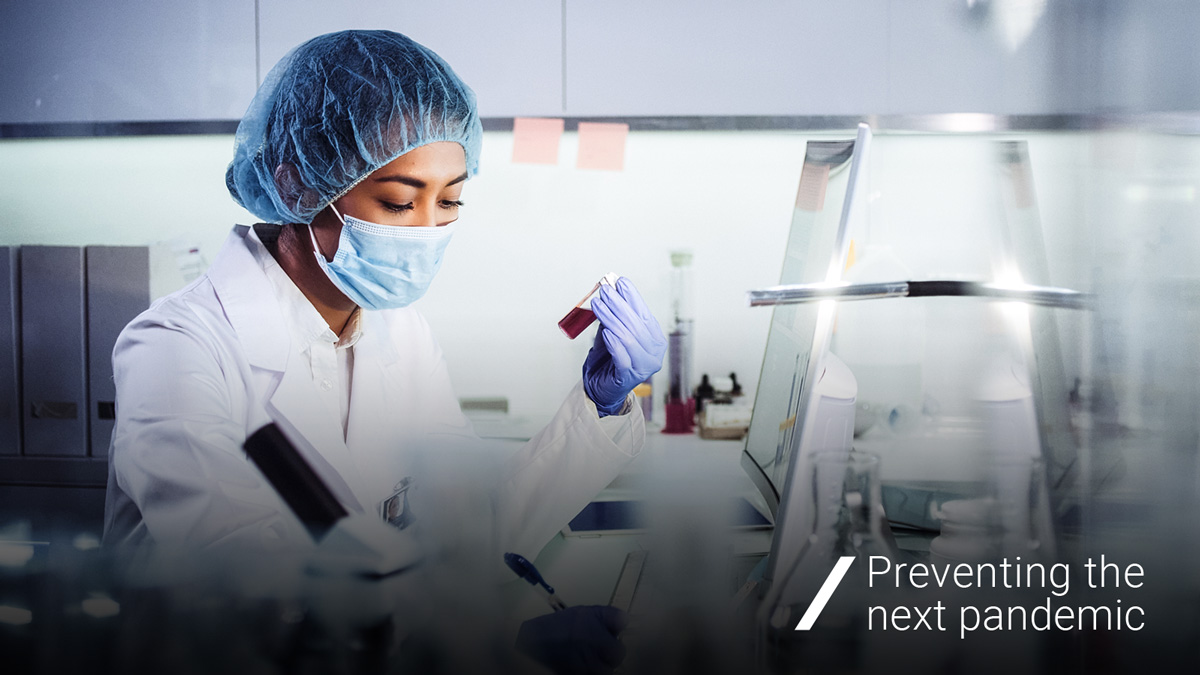 In the second of a three-part series, Ben Hargreaves looks at the importance of early-stage research into various emerging infectious disease threats and how it saved precious time in the work to develop a working vaccine during the current pandemic.

When COVID-19 first emerged, scientists cautioned that developing an effective and safe vaccine could take longer than the commonly estimated figure of a year. The reason for the caution was that the previous quickest turnaround of a vaccine was for mumps in the 1960s, when development lasted four years. There were plenty of reasons to be cautious about the rapid development of a COVID-19 vaccine; a previous attempt to develop a vaccine against a different type of coronavirus actually increased cats’ risk of developing the disease.

However, even though the development time for vaccines against the current pandemic were incredibly short, the work going into their creation had been ongoing for a number of years. Thanks to early-stage R&D carried out by university researchers and biotechs, once massive funding was injected into the process and the international scientific community united to aid the process, the vaccines were developed rapidly.

The major research breakthrough that occurred on the search for a vaccine against COVID-19 came through the development of mRNA vaccines, both Pfizer’s collaboration with BioNTech and Moderna. Research into mRNA technology has a relatively recent history: Although preliminary research dates back to mRNA’s discovery in the 1960s, the first attempt at utilizing the discovery for treatment was recorded in the 1990s.

This led both BioNTech and Moderna to attempt to harness the potential of this technology for use as vaccines. Once the pandemic hit, Moderna teamed up with the US National Institute of Allergy and Infectious Diseases (NIAID) to co-develop the former’s vaccine. The institute also led and funded early-stage clinical research into the vaccine candidate. Both mRNA vaccines also relied on prior research that highlighted the efficacy of encoding for the spike protein, which creates an improved vaccine antigen.

Outside of mRNA technology, AstraZeneca’s COVID-19 vaccine came through a collaboration with Oxford University, following two decades of research into chimpanzee adenovirus-vectored vaccine technology. The work at the university was carried out by the Jenner Institute and the Oxford Vaccine Group, with the former already having worked on an adenovirus-based vaccine against Middle Eastern Respiratory Syndrome (MERS).  As development began on a potential COVID-19 vaccine, the foundation had already been established – with a chimpanzee adenovirus vector having been previously tested against MERS, where it had proved to be safe and to generate an immune response.

The current pandemic clearly highlighted the importance of establishing a foundation of research on both vaccine technology and against potential infectious disease threats. To prepare for the next potential pandemic, the same approach will have to be applied but with a greater urgency. However, the challenges to ensuring that the world is prepared for the next infectious threat are varied. For one, it is extremely difficult to know where the next threat will emerge from, as they can emerge anywhere in the world where animals and humans live in close proximity, as pathogens pass from one species to another. In cases where humans do not have a natural defence mechanism due to lack prior of exposure, this can cause an outbreak within a specific geographic region, such as in Ebola’s emergence, or it can cause a pandemic.

The NIAID has published a comprehensive list of ‘emerging infectious diseases/pathogens’ that has been created as part of its ‘biodefense’ agenda, within which are the naturally occurring threats that are considered most likely to possess pandemic potential. A recently published paper identified within this lists three viruses that were deemed the most likely to cause another outbreak: coronavirus, influenza virus, and Ebola virus disease.

The positives are that the scientific community already has an established research basis on each of these viruses. With the basis there, there have been biotechs that have continued to work on developing treatments and vaccines in the infectious disease space prior to the current pandemic.

One such company is Vir Biotechnology, which has a pipeline of antibodies and siRNA therapeutics against COVID-19, hepatitis B and D, influenza, and HIV. The biotech is partnered with GSK to provide a monoclonal antibody (mAb) as a treatment for COVID-19. A spokesperson for the biotech told pharmaphorum, “The COVID-19 pandemic highlighted the value of mAbs, which may provide immediate protection during the months required for vaccines to be developed or for individuals to mount a response.”

The spokesperson outlined that this ‘treatment as prevention’ approach has been used in HIV and could potentially be used as a control measure for influenza. When asked specifically on the risk of a future pandemic, a spokesperson stated that though there was a rapid response to the current pandemic, “we can be better and be faster.”

“To be prepared for future pandemics, governments should invest in stockpiled prophylactic and therapeutic tools that recognise a wide range of viral diversity for the top pandemic threats so they can be deployed at the outset of an outbreak and before they evolve into pandemics,” the spokesperson added.

A good example of how future pandemics could play out is being seen by the threat posed by monkeypox. The WHO released a statement at the beginning of this month outlining that cases of the infectious disease had tripled in the European region over a period of two weeks, with the organisation warning that there was “no room for complacency” in response to the threat.

Immediately after cases started appearing, countries began stockpiling treatments and vaccine developers turned their attention to either developing or advancing monkeypox vaccines. Unlike in the case of COVID-19, there are already two approved vaccines for preventing monkeypox infection, though these were developed to prevent smallpox rather than specifically against monkeypox. As a result, companies such as Moderna quickly launched efforts to develop a targeted monkeypox vaccine.

Now that the world has recognised the threat posed by a pandemic situation, the impetus to quickly work on vaccine development and to support existing vaccines or treatments, through stockpiling or increased funding, will have to be maintained as further potential threats are raised. More than simply reacting, the key to a quick response will be to ensure that R&D and early clinical work against a variety of threats is comprehensively funded, especially where work is being undertaken against those threats considered to have potential to reach pandemic levels.

To read the first article in this three-part series, click here.