The UK company behind a sleep mask that aims to treat sight-robbing complications of diabetes has secured $10 million in funding that will be used to run trials of the medical device.

PolyPhotonix secured the money in a first-round financing led by Prevail InfoWorks, a company specialising in management of clinical trial data, with the cash injection due upon the start of a clinical trial in the US.

The sleep mask – called Noctura 400 – has already completed a small study in the UK in a group of 26 patients with diabetic retinopathy (DR) and diabetic macular oedema (DMO), which can lead to blindness and affect around 40% of all diabetes patients.

The real-world study found that 94% of patients saw improvement or stabilisation in their sight after using the light therapy mask while sleeping at night, with most patients seeing an improvement in visual acuity of five letters or more on an eyechart.

The device administers low-level OLED light at a wavelength designed to stimulate photoreceptors, reducing the risk of low oxygen levels (hypoxia) that can lead to retinal damage in diabetic patients’ eyes.

It offers an alternative to current treatment of diabetic retinopathy using laser photocoagulation therapy, steroid implants or injections of anti-VEGF drugs like Bayer/Regeneron’s Eylea (aflibercept) and Roche’s Lucentis (ranibizumab) into the eye, which are expensive, require regular hospital visits, and can have side effects.

PolyPhotonix says Noctura 400 offers a cheaper option that can be delivered at home with minimal disruption to patient lives, and could save billions of dollars in healthcare spending if widely adopted.

The device was developed with the help of around £14 million in UK taxpayer funding, and is already CE marked and available in the UK, France and Portugal. The new clinical trials made possible by the new funding “will open the US market to the treatment,” said the company in a statement. 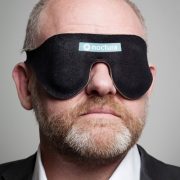 The company is also exploring use of the device as an adjunct to current invasive therapies, to see if it can reduce the need for treatment, as well as for other forms of eye disease.

Understanding the prevention and treatment needs for cardiovascular disease

FDA bans use of Lilly, Regeneron COVID drugs due to Omicron