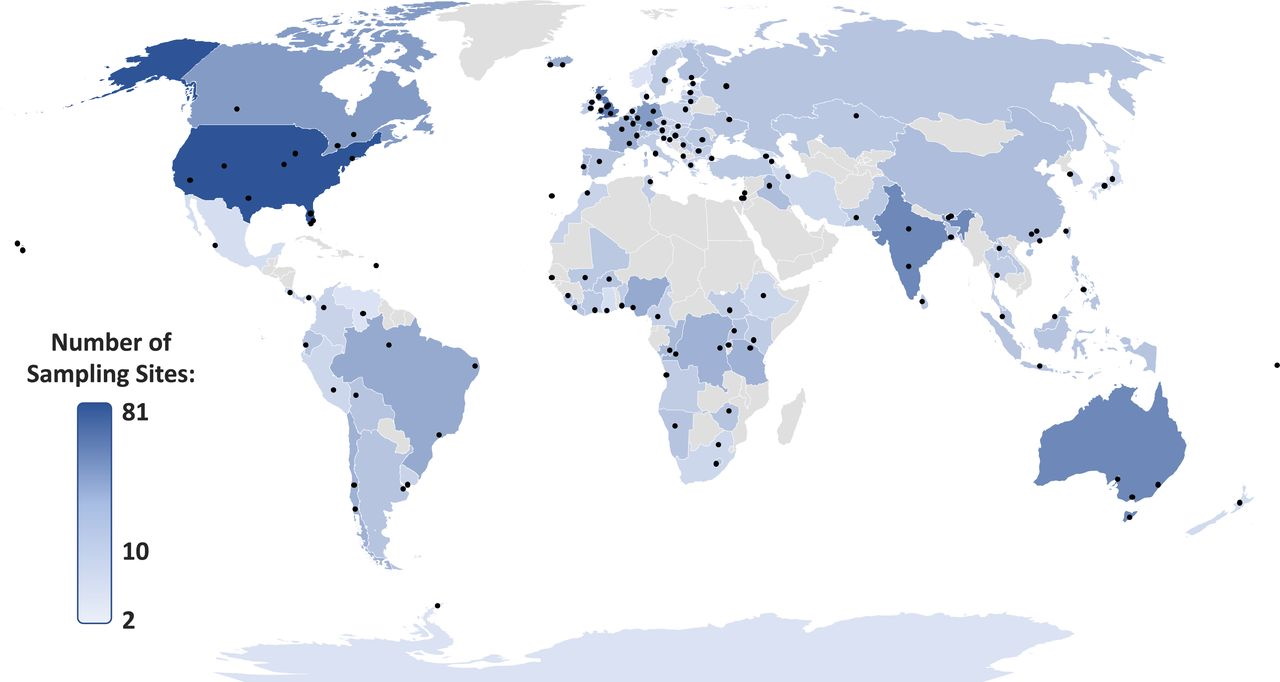 One in four of the world’s rivers are polluted with potentially toxic levels of pharma compounds, according to a new study.

The findings point to a “threat to environmental and global health,” say the scientists, who found that paracetamol, antibiotics epilepsy drug carbamazepine, metformin for diabetes and other compounds like caffeine and nicotine were found in samples from around the world – including in Antarctica.

It’s not the first time that pharma ingredients have been found in the world’s waterways, but is the largest and most comprehensive assessment of pharmaceutical pollution to date, according to the international research team that spanned 86 academic groups.

The Global Monitoring of Pharmaceuticals Project looked at 1,052 sampling sites along 258 rivers in 104 countries of all continents, providing a “pharmaceutical fingerprint” for amore than 470 million people worldwide.

It found that the highest contamination levels were in in sub-Saharan Africa, south Asia, and South America, typically in areas of low- to middle-income countries that have poor wastewater management, rubbish dumping along river banks, and pharmaceutical manufacturing plants.

Rivers in Pakistan, India, Bolivia, Ethiopia and Nigeria were among the most polluted, with waterways in Iceland, Norway and the Amazon rainforest at the other end of the scale, along with some cities with sophisticated wastewater treatment (Basel in Switzerland). Madrid in Spain topped the list of European samples.

Levels of at least one active pharmaceutical ingredient (API) higher than would be considered safe for aquatic organisms or encouraging antimicrobial resistance were found in 26% of river samples.

“We’ve known for over two decades now that pharmaceuticals make their way into the aquatic environment where they may affect the biology of living organisms,” said project co-leader John Wilkinson of the University of York in the UK, where the samples were analysed.

“One of the largest problems we have faced in tackling this issue is that we have not been very representative when monitoring these contaminants, with almost all of the data focused on a select few areas in North America, Western Europe and China.”

The researchers hope that by increasing the monitoring of pharmaceuticals in the environment, they can develop strategies to limit the effects potentially caused by the presence of pollutants.

The aim is to expand the project in future to study sediments, soils and pants and animals, with the aim of developing global databases on pharma pollution.

The research is published in the Proceedings of the National Academy of Sciences journal.