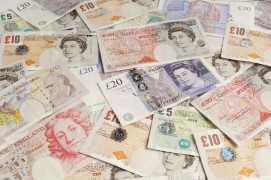 Drugmakers Pfizer and Flynn Pharma have been fined £70 million ($84 million) by the UK Competition and Markets Authority (CMA) for overcharging the NHS for a widely-used epilepsy drug.

The CMA delivered a preliminary judgment in the case last year which concluded that Pfizer and Flynn abused a dominant position in phenytoin sodium capsules, causing NHS spending on the drug to balloon from around £2 million a year in 2012 to £50 million the following year.

Pfizer is bearing the brunt of the penalty with a £63 million fine, with Flynn on the hook for £6.7 million.

The pair have been found to have exploited a loophole by de-branding phenytoin sodium capsules – formerly known as Epanutin – so they were no longer subject to price regulations.

Pfizer hiked the price of the drug between 780% and 1,600%, and also supplied the drug to Flynn which in sold supplies to wholesalers and pharmacies at prices between 2,300% and 2,600% higher than before, according to the CMA.

As the dominant suppliers of the drug in the UK at the time, the NHS had no choice but to pay the inflated final price for the drug, which is a cornerstone of epilepsy treatment.

The CMA has been looking into the activities of the two drugmakers for years, finding that they broke competition law in December 2016 and fining them £90 million – a verdict which was appealed by Pfizer and Flynn and was referred to the Competition Appeal Tribunal (CAT).

Two years later, the CAT found that while they had a dominant position in the market, there wasn’t sufficient evidence that the prices being charged were an abuse of that position. It referred this matter back to the CMA for further consideration – known as a remittal.

The CMA and Flynn then elevated the case to the court of appeal, and in 2020 the CMA won leave to investigate the companies once again for unfair pricing, re-affirming its judgment last August.

The financial penalty which the CMA has imposed on Flynn represents 10% of Flynn’s worldwide turnover, which is the statutory maximum that the CMA can impose for an infringement of competition law.

“Phenytoin is an essential drug relied on daily by thousands of people throughout the UK to prevent life-threatening epileptic seizures,” said CMA chief executive Andrea Coscelli.

“These firms illegally exploited their dominant positions to charge the NHS excessive prices and make more money for themselves – meaning patients and taxpayers lost out.”

The latest investigation is one of a number of excessive pricing and pay-for-delay schemes being investigated by the CMA as part of a clampdown on the pharma sector, including a probe of the price of antidepressants and other drugs during the pandemic.

Pfizer and Flynn have both said they will appeal the new judgment, suggesting this case could drag on yet again.

“Ensuring a sustainable supply of our products to UK patients is of paramount importance to us and was at the heart of our decision to divest phenytoin capsules to Flynn Pharma in 2012,” said Pfizer.

“The competition appeal tribunal and the court of appeal both ultimately found in Pfizer’s favour in respect of the CMA’s original decision, which was set aside together with the associated fine. We maintain that we approached this divestment, as with all our business operations, with integrity and believe it fully complies with established competition law.”

Flynn said that it believed the latest ruling is “flawed”, adding that “the protracted nature of this case has now outlived two changes in the most senior leadership of the CMA and is indicative…of a lack of clarity and consistency in the alleged theory of harm.”