Opdivo set to take on Keytruda in adjuvant melanoma 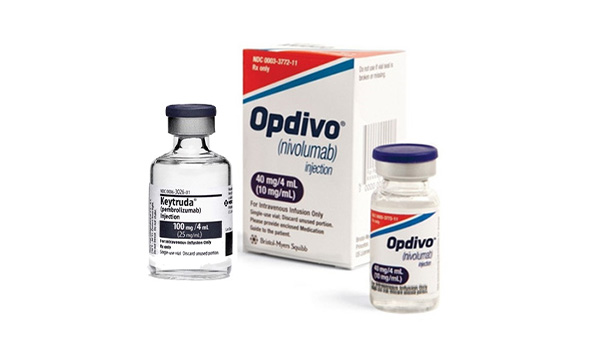 Bristol-Myers Squibb’s Opdivo has shown efficacy when used as a post-surgery (adjuvant) treatment for patients with melanoma, extending the time before the disease recurrence or patient death in a phase 3 trial.

The positive readout from the CheckMate-76K study means that Opdivo (nivolumab) has a chance to draw level again with Merck & Co’s rival cancer immunotherapy Keytruda (pembrolizumab), which was approved for adjuvant treatment of melanoma last December.

Securing approvals in the adjuvant or neo-adjuvant (pre-surgery) setting is a key strategy for BMS and other checkpoint inhibitor developers, as it allows them to position their drugs as the earliest cancer immunotherapy option in the treatment pathway.

Not all of BMS’ efforts to move its immunotherapy further up the treatment pathway have been successful. Last month, Opdivo flunked a phase 3 trial looking at its use as an adjuvant therapy for renal cell carcinoma, after Keytruda scored an approval in that indication.

BMS isn’t revealing the full dataset from CheckMate-76K yet, but said Opdivo achieved a “statistically significant and clinically meaningful benefit in recurrence-free survival (RFS) versus placebo” in the study, which tested the drug as a monotherapy in patients with completely resected stage IIB/IIC melanoma.

Around one third of patients with these stages of melanoma experience a relapse within five years of surgery to remove the tumour, according to BMS’ melanoma development lead Gina Fusaro.

“Treating with Opdivo in earlier stages of cancer, when the immune system may be more responsive, has the potential to help prevent recurrence – a critical goal of improving patient outcomes,” she said in a statement.

BMS said it would share the data with health authorities with a view to adding the new indication to Opdivo’s label, extending it use in melanoma beyond advanced disease for the first time.

Keytruda’s FDA approval covers use of the PD-1 inhibitor in a similar patient population of stage IIB/IIC melanoma patients – i.e. those with larger localised tumours with an intermediate to high risk of recurrence.

Merck’s drug was approved following the KEYNOTE-716 trial, first reported last year, which showed a 35% reduction in the risk of recurrence or death versus placebo.

Patients on placebo in the study whose disease recurs are crossed over to Keytruda treatment, so it will eventually give an indication whether it is better to give immunotherapy right after surgery or to wait until the melanoma comes back.