Olumiant benefits additive to other drugs in severe COVID patients 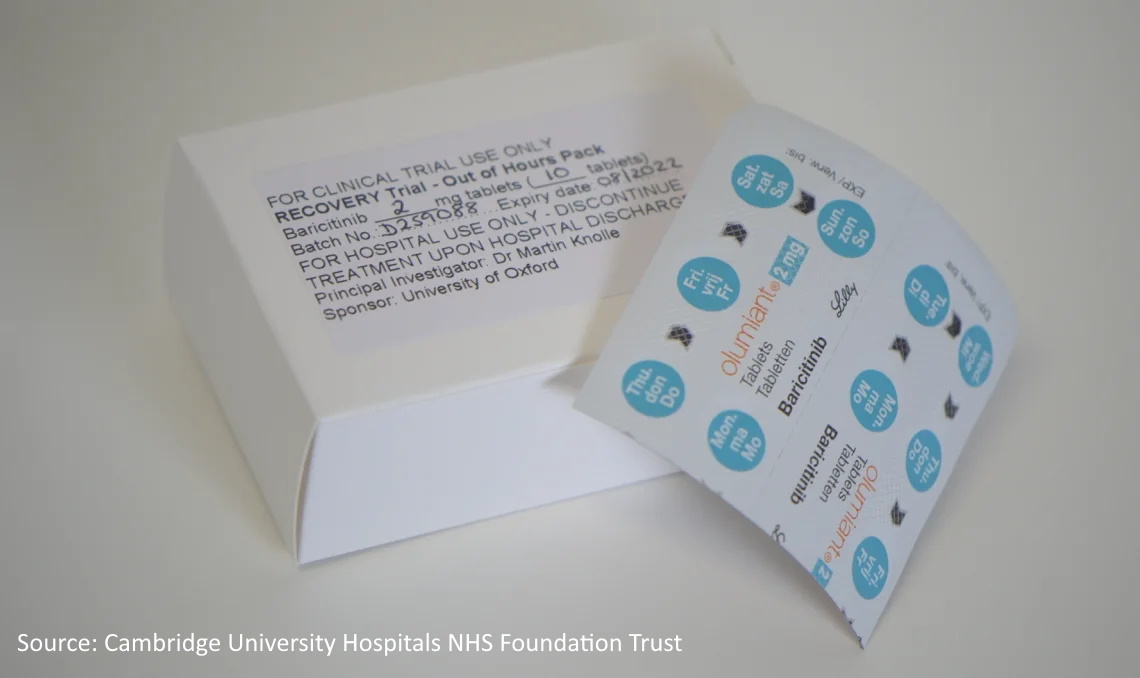 Eli Lilly and Incyte’s JAK inhibitor Olumiant reduced the risk of death by 13% in hospitalised COVID-19 patients when added to other drugs, according to new results from the UK RECOVERY trial.

The benefit came when Olumiant (baricitinib) added to the steroid dexamethasone and Roche’s IL-6 inhibitor Actemra/RoActemra (tocilizumab), two other anti-inflammatory drugs that have also been shown to improve survival in severe COVID-19 cases, as well as Gilead’s antiviral Veklury (remdesivir).

The finding is significant as giving the drug in combination with the other therapies could save more lives in people with severe COVID-19, and Olumiant could also be an option for areas of the world where access to other drugs is limited.

Patients receiving baricitinib were also more likely to be discharged alive within 28 days, and were less likely to progress to a need for mechanical ventilation or death, with no evidence of increased risk of infections or blood clots – both potential side effects of Olumiant treatment.

The results tie in with earlier findings for Olumiant in COVID-19, which showed a stronger impact on mortality and resulted in the drug being added to the World Health Organization (WHO) list of approved COVID-19 therapies earlier this year. Those earlier trials had little information on the drug’s use alongside Actemra.

The RECOVERY data therefore goes a little further, showing that the benefit with Olumiant “is additional to that from other treatments that dampen down the over-active immune response,” according to the trial’s co-chief investigator Sir Martin Landray of the University of Oxford.

“This opens up the possibility of using combinations of anti-inflammatory drugs to further drive down the risk of death for some of the sickest patients,” he added.

While vaccination seems to be keeping the pandemic under control in the UK and many other countries, there are still many cases and the death toll keeps ticking up. In the UK, for example, there as been an average of 60,000 new cases per day over the last week and 159 daily deaths.

The impact could be even greater in less affluent countries, commented Prof Athimalaipet Ramanan, honorary professor of paediatric rheumatology at the University of Bristol.

“As an oral agent with a short half-life and potentially less expensive, this makes baricitinib a more attractive agent after steroids in low/middle-income country settings,” he said.