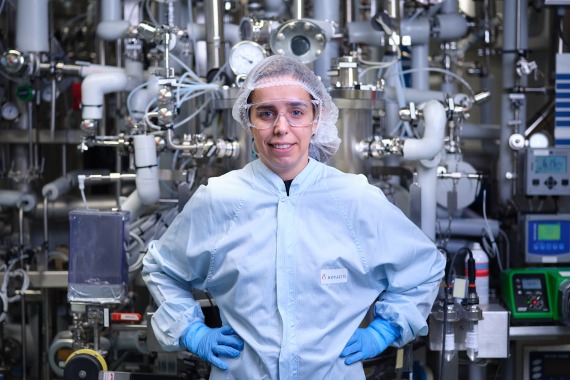 Novartis said this morning that it remains on course to make a decision on the future of its generics business Sandoz by the end of the year, amid signs of a “return towards normal business dynamics” in the first half.

The Swiss pharma group said last October that it was looking into the future of Sandoz, which could include a range of options, including retaining, spinning off and selling the business. That came after a protracted period of underperforming sales and operating profits in recent years, mainly due to pricing pressures.

In its second-quarter results update (PDF) this morning, Novartis reported first half sales of $4.68 billion, down just 1% on the same period of 2021 and up 6% at constant currency rates, with operating income rising 3% to $798 million.

The group also said that it was now predicting that operating at the division will be flat for the full year, rather than shrinking, with sales growing in the low single digits.

Novartis chief executive Vas Narasimhan said that the review of the business is “on track”, but he again declined to give any indication of the direction of travel, saying merely that a decision would be made “at the latest” by the end of 2022.

Business development has continued at Sandoz in the meanwhile, with the purchase of GSK’s cephalosporin business for up to $500 million, although the business has a limited number of new product launches coming up.

Novartis, meanwhile, is also in the throes of a cash-conserving drive that it now says could slash $1.5 billion off its costs by 2024, up from its earlier estimate of $1 billion, that will see 8,000 jobs shed worldwide.

It’s also buying back a whopping $15 billion-worth of shares, although with the recent sale of its $21 billion stake in Roche still has plenty of cash in reserve for bolt-on acquisitions to top up its R&D pipeline.

Overall, the group reported a 1% decline in bet sales to $12.8 billion in the second quarter, a 5% increase at constant currencies, although operating income fell by a third as a result of restructuring costs.

Star performers in the innovative medicines business were heart failure therapy Entresto (valsartan/sacubitril), rising 33% to $1,13 billion in the quarter, and psoriasis therapy Cosentyx (secukinumab), which climbed 12%  $1.28 billion despite a more competitive marketplace.

Engaging change: Connecting patients and regulators can move the dial on drug development