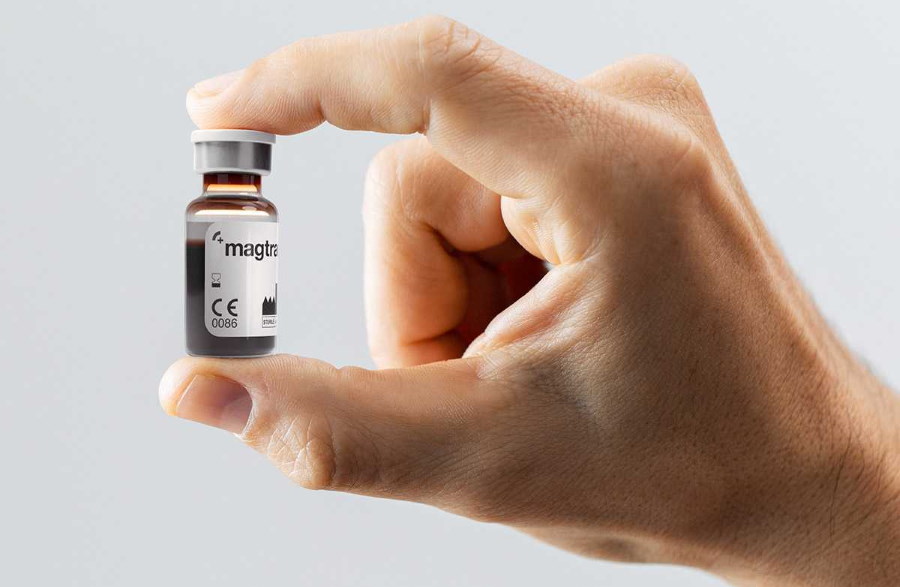 Women with breast cancer in England and Wales will soon be able to access a new diagnostic based on an injectable magnetic marker liquid called Magtrace that will identify if the disease has spread around the body.

The diagnostic developed by UK firm Endomag can be used to detect ‘sentinel’ lymph nodes – the first lymph node to which cancer cells are most likely to spread from a primary tumour – showing if the cancer has progressed beyond the breast tissue.

Draft guidance from the National Institute for Health and Care Excellence (NICE) recommends the use of the diagnostic liquid and accompanying Sentimag as an option for surgeons working in hospitals with limited or no access to a radiopharmacy department.

Each year, around 28,600 people in the UK undergo a  sentinel lymph node biopsy, said the cost-effectiveness watchdog.

NICE said in a statement that approving NHS use of Magtrace could also reduce the reliance in Great Britain of imported radioactive isotope tracers. These materials can be subject to shortages as they are currently produced at aging nuclear reactors that are intermittently shut down for repairs.

The Magtrace liquid is injected into the tissue around a tumour, and the magnetic particles are absorbed into the lymphatic system, following the route that cancer cells are most likely to take when they start to spread.

The Sentimag probe moves over the skin emitting sounds of different pitches as it passes over the Magtrace tracer – a bit like a metal detector locating metal in the ground – allowing sentinel lymph nodes to be detected.

After that, the surgeon can take a biopsy of the lymph node so the presence of cancer cells can be double checked by a pathologist. If cancer is found, the surgeon may remove additional lymph nodes, either during the same biopsy procedure or during a follow-up surgical procedure.

NICE said in the draft guidance that the diagnostic is likely to be as effective at detecting sentinel lymph nodes as the current standard practice, which requires nuclear medicine safety procedures and specialist facilities.

Using Endomag’s system, hospitals will not have to rely on the availability of isotopes and nuclear medicine staff. The non-radioactive approach can also be administered during regular appointments before surgery or biopsy, making the process more efficient.

“The benefits of using this technology include the potential for more procedures to take place, reducing the reliance on radioactive isotopes shipped into the country and for less travel for people having a biopsy,” said Jeanette Kusel, acting director for MedTech and digital at NICE.

“People with breast cancer want to know if their cancer has been isolated or has spread to the rest of their body. The earlier this is established, the better the potential outcomes will be,” she added.

NICE has recommended use of the technology while data is collected to see if it can provide the modelled cost-savings and efficiencies for the NHS. The Sentimag probe costs £24,900 (around $30,850) to purchase, while a vial of Magtrace costs £226 excluding VAT.