NHS gene testing missing half of people at cancer risk

A study has revealed that current NHS guidelines on testing for genetic alterations linked to cancer could be missing around half of people carrying them, says a new study.

The work by scientists at the Institute for Cancer Research (ICR) suggests that access to genetic testing should be made easier because the guidelines as drawn up “would have excluded many people who had ‘actionable’ genetic alterations that could raise their risk of cancer.”

Cancer is not usually inherited, but some types – mainly breast, ovarian, colorectal and prostate cancer – can be strongly influenced by genes and can run in families.

The researchers looked at the experience of 152 patients referred for unrestricted, multi-gene cancer panels in the private sector between 2014 and 2016, which detected harmful or probably harmful gene alterations linked to personal or family history of cancer in 15 of them.

Just under half (seven) of those results would not have been eligible for testing under NHS guidelines, so would have been at risk of missing out on the potential for monitoring, screening or preventive treatment. That corresponds to just under 5% of the total sample size.

Genetic testing for cancer predispositions has been curtailed by the cost of sequencing, according to the team, who have published their findings in the journal Nature Scientific Reports. 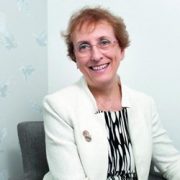 “We feel there is a strong case to widen access to cancer gene testing on the NHS,” according to Ros Eeles, professor of oncogenetics at ICR, who led the study.

There is a trade-off to doing so, however, through an increased chance of ambiguous findings which need follow-up and can worry patients unnecessarily, she added.

The study picked up “variants of unknown significance” in a third of study participants, and that raises the prospect that wider testing could increase pressures on the NHS through the need for follow-up checks.

“We need larger studies to work out exactly where the revised NHS threshold for testing should be, to maximise the benefit in people at high risk of cancer, while minimising the burden on patients and the NHS of follow-up investigations,” said Prof Eeles.