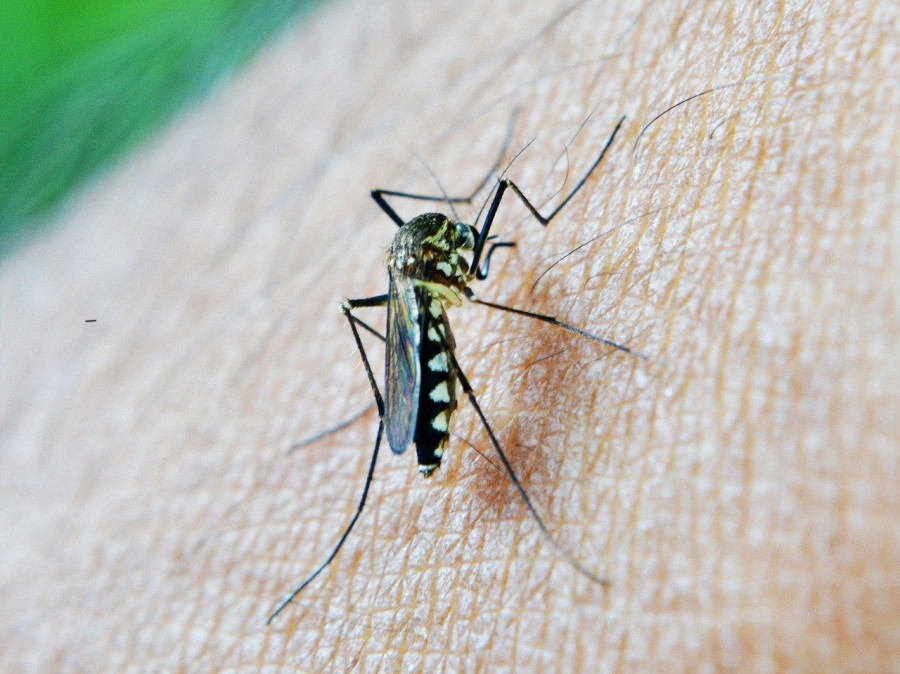 A malaria vaccine developed by members of the University of Oxford team behind the AstraZeneca COVID-19 jab has been hailed as a possible game-changer in the fight against the deadly parasitic infection.

Hopes were already running high for the R21/Matrix-M vaccine, after it showed 77% protective efficacy over 12 months in a phase 2b trial involving young west African children – meeting the World Health Organization’s efficacy goal of 75% – after an initial three-dose course of injections, as reported last year.

Now, the 450-patient study has follow-up data from a group of 409 children who received a fourth booster dose at one year, with either a low (25 μg) or high (50 μg) dose of Novavax’ Matrix-M adjuvant, used to boost the immune response to the R21 antigen.

Protective efficacy was 70% in the low-dose group and 80% in the high-dose group, answering concerns that the effectiveness of the vaccine may wane over time, as has been seen with some older candidates.

“We are delighted to find that a standard four-dose immunisation regime can now, for the first time, reach the high efficacy level over two years that has been an aspirational target for malaria vaccines for so many years,” said Prof Adrian Hill of Oxford’s Jenner Institute.

The efficacy is also much higher than the 39% seen with GSK’s Mosquirix (RTS,S/AS01), which was, nevertheless, deemed sufficient by the WHO to support a limited rollout to try to protect children living in sub-Saharan Africa and other regions with moderate to high malaria transmission.

The scientists behind the R21/Matrix-M also say that it is simpler to produce, which could make rolling it out at scale across areas where malaria is endemic easier – assuming funding to do so is made available.

Researchers hope that the vaccine could be approved by the WHO as early as next year, if an ongoing 4,800 phase 3 trial continues to support its safety and efficacy.

Meanwhile, the phase 2b study has been extended for another two years, to assess if further booster doses will be necessary to maintain high efficacy over time.

If the promise of the vaccine is fulfilled in the larger study, it could be a massive step towards eradicating malaria, which still results in more than 640,000 deaths every year, despite preventative measures like insecticide-treated bed nets and improved access to antimalarials for treatment and prevention.

The vaccine is licensed to the Serum Institute of India – which also produced the AZ COVID-19 vaccine – and the company has said it will be able to manufacture at least 200 million doses annually from next year, if authorised.

“What is particularly encouraging from a scientific perspective are two pieces of information provided by these results,” commented Prof Azra Ghani, chair in infectious disease epidemiology at Imperial College London, who was not involved in the study.

“First, the demonstration that antibody titres can be restored through boosting with this vaccine and, second, that the antibody titres correlate with protection against clinical disease,” he said.

“Taken together, these indicate that similar levels of vaccine efficacy may well be achievable outside the highly seasonal setting in which this particular trial was conducted.”

The Malaria No More charity welcomed the finding, adding that, with the right financial support, “the world could end child deaths from malaria in our lifetimes.”

The Global Fund to Fight Aids, Tuberculosis, and Malaria is meeting later this month to try to convince donor countries to replenish its financial resources, and has warned that if funding is reduced as a result of the economic crisis its mission could be under threat.

“Without this investment, we risk losing the gains that have been made over the last decades and witnessing a rising tide of malaria resurgence,” said Prof Ghani.