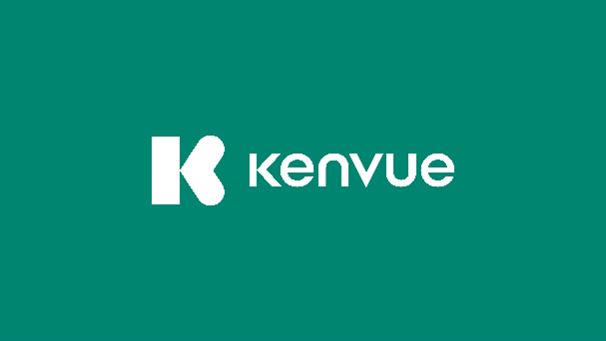 Trusted Johnson & Johnson brands including Tylenol, Aveeno, Neutrogena, Listerine, and Band-Aid are set to fall under the new, independent company name in a next-chapter move of repurposing and modernisation.

The name “Kenvue” was apparently inspired by the British word ‘ken’ (or ‘knowledge’) and ‘vue’ (or ‘sight’).

CEO designate of Kenvue, Thibaut Mongon – who has been with Johnson & Johnson since 2000 – said: “Unveiling the Kenvue brand is a defining moment for our stakeholders and an important part of the planned separation. We breathe life into some of the world’s most iconic and beloved brands every day, so we harnessed that same expertise, love, and energy into developing new corporate identity.”

In an age when ‘self-care’ has become a veritable buzzword in many respects, Johnson & Johnson’s Kenvue is to be its specialist Consumer Health division, separate from the company’s pharma and medical device operations. Indeed, Kenvue will apparently be guided by the purpose “Realize the Extraordinary Power of Everyday Care”, an ethos that is set to govern both its actions and goals (or “long-term aspirations”), as well as its strategy and “talent philosophy”.

“We believe that daily self-care rituals add up over time and have a profound cumulative impact on your wellbeing. This is the extraordinary power of everyday care. And our work is to put that power into the hands of consumers around the world,” Mongon asserted.

In appraisal of Kenvue’s visual identity, the logo for the independent new company is said to represent Johnson & Johnson’s timelessness, while “allowing space for its iconic brands to have a home”.

“The new logo centres on the ‘K’ symbol, embodying the company’s strengths – the geometry of the rectangle representing scientific precision and the round edges evoking the warmth of care,” the press release stated.

Chief executive officer of Johnson & Johnson Jaoquin Duato added: “[This] announcement is another milestone for the Consumer Health business. Kenvue is poised to thrive as a standalone company with a leading portfolio of brands consumers love and trust. I’m confident in this team and excited to see what the future holds.”

Kenvue is due to become active in 2023, subject to legal requirements that include the necessary consultations with works councils and employee representatives. There are an estimated one billion consumers of the trusted brands that will fall under the new company name.

Johnson & Johnson’s Consumer Health segment reported a revenue of $14.6 billion in the Full-Year 2021. It is projected that, following the separation, Kenvue will generate sales in over 100 countries.

Getting approval will only be the first challenge facing lecanemab