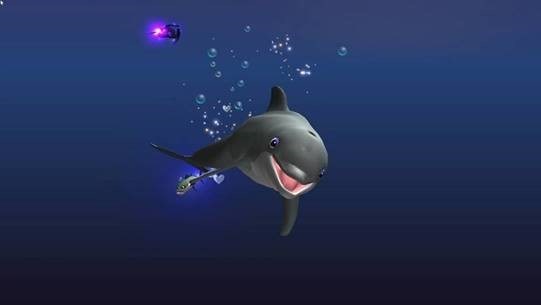 Swiss digital health company MindMaze has raised $105 million to help take its digital therapeutics (DTx) for neurological diseases like stroke onto the global stage, and fund the development of therapies for other diseases like Alzheimer’s and Parkinson’s.

MindMaze takes a gaming approach to its DTx platform, but goes well beyond the use of a simple app on a mobile device to develop its therapies.

Among its DTx is MindPod Dolphin, a game which combines software and hardware such as anti-gravity devices to assist patients with limited limb mobility to help people with stroke relearn cognitive and physical skills at the same time in an immersive environment.

It requires players to use upper body movements to control an animated dolphin on a screen, directing it to explore the ocean environment and catch fish using movement tracking technology.

Last year, the Royal Buckinghamshire Hospital (RBH) in Aylesbury became the first UK hospital trust to deploy a MindPod platform, which has been shown in clinical trials to double the effectiveness of conventional rehabilitation therapy for the upper limbs during the sub-acute phase after a stroke.

The latest financing was led by private equity firm Concord Health Partners – with participation from AlbaCore Capital, Hambro Perks, and others – and will be used to “accelerate…global commercial growth plans, supercharge ongoing R&D and consolidate the clinical development pipeline,” said MindMaze.

Meanwhile, the company has just announced a partnership with the American Hospital Association (AHA) that could help the rollout of the MindPod platform across the US. The AHA represents around 90% of US health systems, hospitals and care organisations.

The 10-year-old company secured its first FDA approval for a DTx back in 2017, and has since garnered two more FDA clearances and four CE marks across eight clinical indications.

The new financing comes just a few months after MindMaze raised $125 million in a round led by AlbaCore, and a few weeks after it picked up a $12 million award from the Swiss government for SwissNeuroRehab, an initiative that aims to develop neurorehabilitation services that will provide care for patients “from hospital to home.”

The new financial strength could also be followed by acquisitions, according to the company, which added to its technology base in 2018 when it bought neurorehabilitation rival Neuro Motor Innovations Corporation (NMI) for an undisclosed sum.