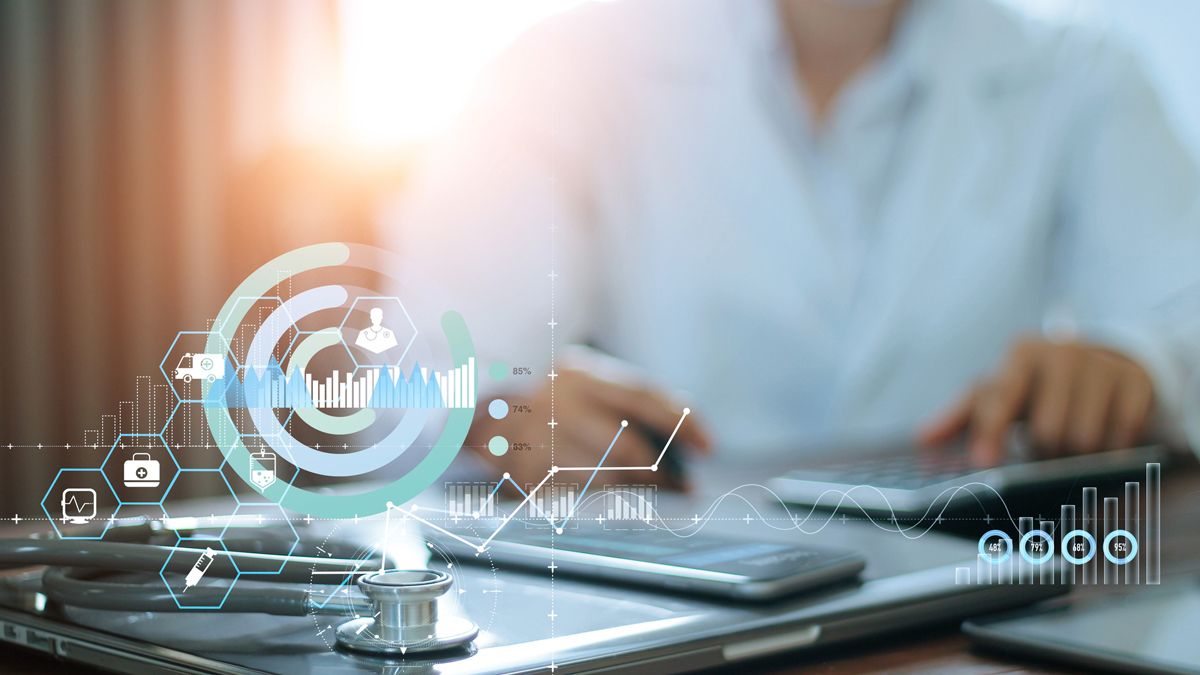 Digital health venture funding had a ridiculous, bonkers, blockbuster year. On this, everyone can agree, although longtime watchers of the industry will remember that we’ve heard that consistently for the last several years.

But never mind, 2021 was a blockbuster even compared to 2020 or 2019, with many sources saying there was twice as much, or nearly twice as much money raised this past year compared with the year before.

But wait a minute, exactly how much money was raised in digital health globally? And exactly how much more was that than 2020. Was it $57.2 billion, per a new report from CB Insights or $44 billion, as StartUp Health reports. Maybe it’s a mere $28.4 billion; that’s the number that my alma mater MobiHealthNews came up with from their own reporting.

Messy as they may be, these clashing numbers are not a bad thing. They represent a host of firms trying to make sense of a rapidly emerging phenomenon, slicing up funding data different ways to see what methodology generates a meaningful narrative. And when we look at them in aggregate, we can learn even more from the places where they broadly agree — and most starkly disagree.

CB Insights’ report purports to track global digital health funding, though it also carves out some regions, including the US. The group, a subscription-based technology insights platform which sometimes releases free reports, defines digital health as “companies in the healthcare space that use technology and software as a key differentiator.”

StartUp Health is a digital health startup connector/investor. Its reports include many of its own “healthcare transformers”. StartUp casts a somewhat wide net for digital health, with an intentional focus on looking beyond the United States. Per the company, they track “companies that enable health, wellness, and the delivery of care through data/analytics, sensors, mobile, internet-of-things, 3D printing, genomics, and personalised medicine.” The specificity is appreciated, but a bit risky since emerging companies could be clearly in digital health but not fall into any of those buckets (virtual reality companies, for example).

Rock Health, a digital health advisory firm and venture fund, has a web page where it very helpfully explains what it does and doesn’t classify as digital health. They’re also among the pickiest, excluding any service company that doesn’t build or sell technology. They also don’t count deals under $2 million and are focused exclusively on the United States. Rock Health and StartUp Health have both been covering digital health funding quarterly for around a decade now, so their trend data tends to be impressively comprehensive.

Finally, Silicon Valley Bank’s report is a bit different, eschewing the term “digital health” entirely in favour of tracking all healthcare funding and putting it into four buckets: biopharma, health tech, diagnostic tools, and devices. Although this is allegedly a report on the whole healthcare sector, three of those four categories deal pretty much exclusively with technology. And the biopharma sector was led by tech-related deals as well, with computational biology emerging as a major trend.

Here’s what I see in all this: There’s a notion in the digital health sector that the term is eventually going to go away as digital becomes ubiquitous in healthcare. We may be closer to that future than we think, and it’s making the always-thorny problem of defining and tracking digital health funding even harder.

So now that you know a bit about these sources and their methodologies, let’s take a look at what we can conclude about digital health funding in 2021.

Conclusion #1: 2021 funding was massively record-breaking, and led by the USA

Global digital health funding was at $57 billion according to CB Insights, a 79% increase year-over-year. Startup Health had it at $44 billion, a true doubling from 2020. Silicon Valley Bank’s total, for just the US and Europe, is a whopping $86 billion, though when you cut out the biopharma sector that drops to an even $50 billion. That also constitutes nearly a doubling if you look at 2020 numbers for the three non-pharma segments. And Rock Health’s US numbers, which we’ll get to in a moment, also nearly doubled.

So even though everyone’s numbers are different, they all agree that they’re up from 2020 by an unprecedented amount. Different, but not conflicting, explanations are offered for this boom. Rock Health points out that VC funding, in general, was up this year. CB Insights attributes the boom to “the growing need to provide digital solutions and delivery models to patients during the pandemic”. Startup Health also cites COVID-19 as the main driver, while SVB points to a sort of snowball effect from successful healthcare exits, creating a generally frothy market.

All four reports show the United States leading in digital health investment by a considerable amount. CB Insights puts US funding at $37.9 billion, Startup Health at $34 billion, Rock Health at $29.1 billion, and SVB at $42.7 billion (again excluding biopharma). But this is nothing new. In fact, CB Insights and StartUp Health both agree that the trend in funding is toward a larger percentage of deals happening outside the US, with the UK, China, and India as some of the leading spots, per StartUp Health, and Latin American funding at record levels, per CB Insights.

Conclusion #2: Mega-deals are on the rise

A mega-deal is a single investment over $100 million. They used to be relatively rare in the sector. Now they’re everywhere, and every one of these reports made a note of it. Rock Health tracked 88 mega deals; CB Insights found 154. In the health tech sector, SVB found that 60% of the funding came from 105 of these mega-rounds, including a $1.2 billion round (a giga-round, perhaps?) for insuretech company Devoted Health. And Rock Health, whose digital health definition does not encompass Devoted Health, concluded that mega-deals were responsible for 57% of the year’s total funding.

What does it mean? It reflects the increasing visibility and popularity of the space — it’s now attracting bigger investors with deeper pockets, and the existing investors are willing to take bigger risks on it. But it’s not without its dangers, especially for analysis of funding trends.

“This is a well-documented trend across venture capital, and it has the potential to skew our perception of market growth overall,” Startup Health’s Logan Plaster writes. “In health innovation, total funding numbers are important metrics, but they need to be balanced against total deal counts, regional totals, and measurable global impact.”

Conclusion #3: Mental health and MSK are segments to watch

Rock Health and CB Insights both highlighted the mental health segment as a major winner in 2021, a trend that makes intuitive sense considering the significant emotional strain the pandemic has created, as well as a drive by employers to expand offerings that might help them retain employees in the midst of the great resignation.

The windfall for musculoskeletal treatment companies was mainly concentrated on two companies: Hinge Health and Sword Health. But the two of them both had mega-deals, at $400 million and $189 million respectively, and Hinge Health is valued at $6.2 billion, making it the second highest valued private digital company, according to SVB. Those factors led both StartUp and Rock to point out the space as one to watch.

Conclusion #4: Exits are heating up

Exactly how many digital health companies exited in 2021 is another question with many different answers. But most agree that that number is rising, driven both by private M&A and by IPOs and SPACs.

CB Insights called the exits record-breaking. StartUp attributed the rise in exits to the rise in fundraising, suggesting that the M&A activity would continue this year. Silicon Valley Bank agreed with that assessment, even as it predicted a slowing of investment activity in many of its sectors.

A lot to look forward to?

While the reports mostly agreed in a prediction of more M&A in 2022, opinions of the future of investing were more mixed. After all, a spike like this invites the question: is this the new shape of the slope or a statistical aberration that will revert to the mean?

That’s a hard question to answer. Silicon Valley Bank says the numbers are simply too high to be sustainable — activity will drop in 2022. StartUp Health doesn’t address the question head on, but uses terms like “accelerating growth rate” to talk about the trend, and points out that many wrongly predicted a cooling-off of the market in 2020.

Rock Health dives into the question of whether digital health is a bubble head-first, and concludes that it doesn’t seem to be, based on factors including changing consumer attitudes toward digital, a good mix of new and old investors, and the aforementioned rate of exits.

It’s certainly an exciting time to be in digital health, with the money flowing at an unprecedented rate — no matter who you ask. And it’s exciting to be in an industry with so many different independent groups giving us the data to make sense of it.