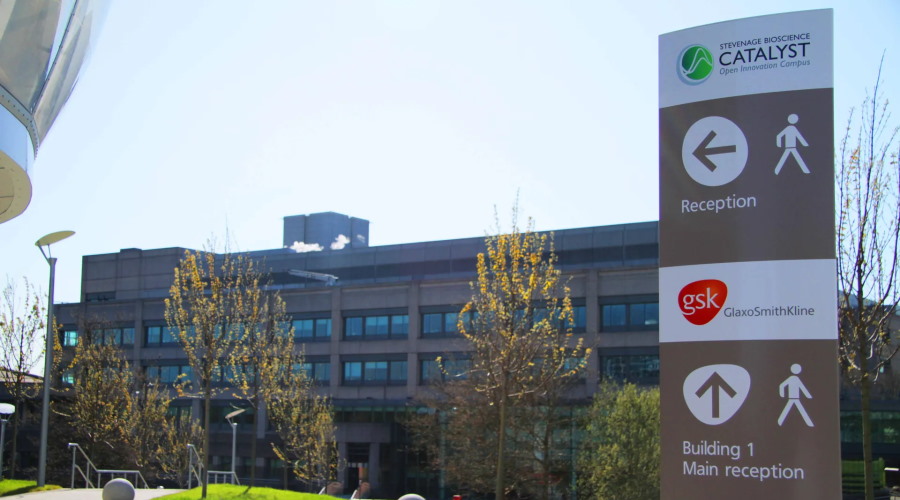 GlaxoSmithKline is reportedly close to finding a development partner for a major new investment project in the UK that will see a new bioscience cluster built near its research centre in Stevenage.

The pharma group said last year it was looking for a collaborator to develop a 33-acre block of land in the Hertfordshire town into a hub for life science companies, creating up to 5,000 jobs over the next decade.

According to a Mail on Sunday report, an announcement of the partner is imminent, the first stage in a process that could create one of the largest bioscience clusters in Europe.

A spokesperson for GSK would not be drawn on a timeline, saying simply that an announcement on the development partner is expected “at some point in the coming months.”

GSK has been planning to sell the 33-acre plot to a developer in the hope of unlocking £400 million (&533 million) in private investment to build the hub, and had been hoping to name a partner for the project before the end of 2021 and start the planning phase this year.

Once completed, the site could provide 100,000 square metres of new floorspace for commercial life sciences R&D, according to the pharma group.

The Stevenage campus is one of GSK’s two main R&D sites and also houses the Cell and Gene Therapy Catapult, set up in 2012 with government funding to bridge the gap between scientific research and full-scale commercialisation, as well as the Stevenage Bioscience Catalyst, which houses more than 40 start-ups.

GSK’s move comes after AstraZeneca officially opened its $1 billion Discovery Centre (DISC) R&D facility in Cambridge last November, said to be the biggest science lab of its kind in the UK.

Meanwhile, in March the organisation behind the Canary Wharf development in London said it plans to build one of the largest commercial laboratory facilities in Europe as part of a drive to make the east London site a hub for the life sciences sector.

The 750,000 sq. ft. facility is the first phase in the creation of what the developers hope will become a thriving location for life sciences companies on a 3.3 hectare site at North Quay in east London.

The UK life sciences sector enjoyed a record year for investment, raising £4.5 billion (around $6 billion) in public and private financings in 2021, which was a rise of around 60% on the previous year.

As cases rise, WHO says monkeypox risk is “moderate”