GlaxoSmithKline has thrown its financial and drug development weight behind LifeMine Therapeutics, a US startup that aims to find new therapeutics from fungi – widely regarded as an underexplored resource of biologically-active compounds.

There’s a rich history of finding useful medicines from fungi, from the antibiotic penicillin to immune suppressant cyclosporine and cholesterol drug lovastatin. The examples remain few and far between, however, as in recent decades the pharma industry has turned its attention to synthetic molecules and biologics like antibodies.

LifeMine has developed an industrialised,  genomics-based discovery engine that it hopes will take a broad, systematic approach to identifying new compounds from fungi and screening them for activity against disease targets.

GSK has participated in an impressive $175 million Seres C financing for LifeMine led by Fidelity Management & Research Co, paying the company a $70 million license fee along with an undisclosed equity investment as part of a “strategic” partnership focusing initially on three targets.

The two partners will share the cost of the R&D work up to the point that applications to start clinical trials of drug candidates are filed, with GSK responsible for development work thereafter. 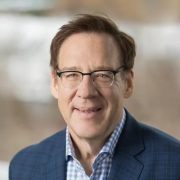 LifeMine was formed in 2017 by chemical biologist Gregory Verdine – joining forces again with WeiQing Zhou with whom he founded FogPharma in 2015 – along with molecular biologist and Juno Therapeutics’ founder Richard Klausner.

The latest financing follows a $55 million first round in 2017 and a $50 million Series B last year, and gives LifeMine a healthy cash base to develop its Avatar-Rx platform, which exploits the evolutionary similarities between fungi and humans.

The platform uses an artificial intelligence (AI) algorithm to zero in on the genes encoding natural products based on their computationally predicted human target.

It draws on high-throughput microbiology, genome engineering, automation and data science to find what it calls genetically-encoded small molecules or GEMs which serves as templates for drug design.

Verdine, who serves as LifeMine’s chief executive, said the new funding would allow the company to a advance lead programmes “targeting some of the most elusive and high value genetically valued drivers of cancer.”

Other companies are also attempting to revisit fungi as a source of medicines in a more organised way, including Hexagon Bio which has raised $108 million in two financing rounds in 2020 and 2021 to hunt for small-molecule drugs mined from microbial genomes.

Image by jggrz from Pixabay

Pharma’s ambition in connected health not yet matched by execution

Novartis gets first OK for radioligand Pluvicto in prostate cancer