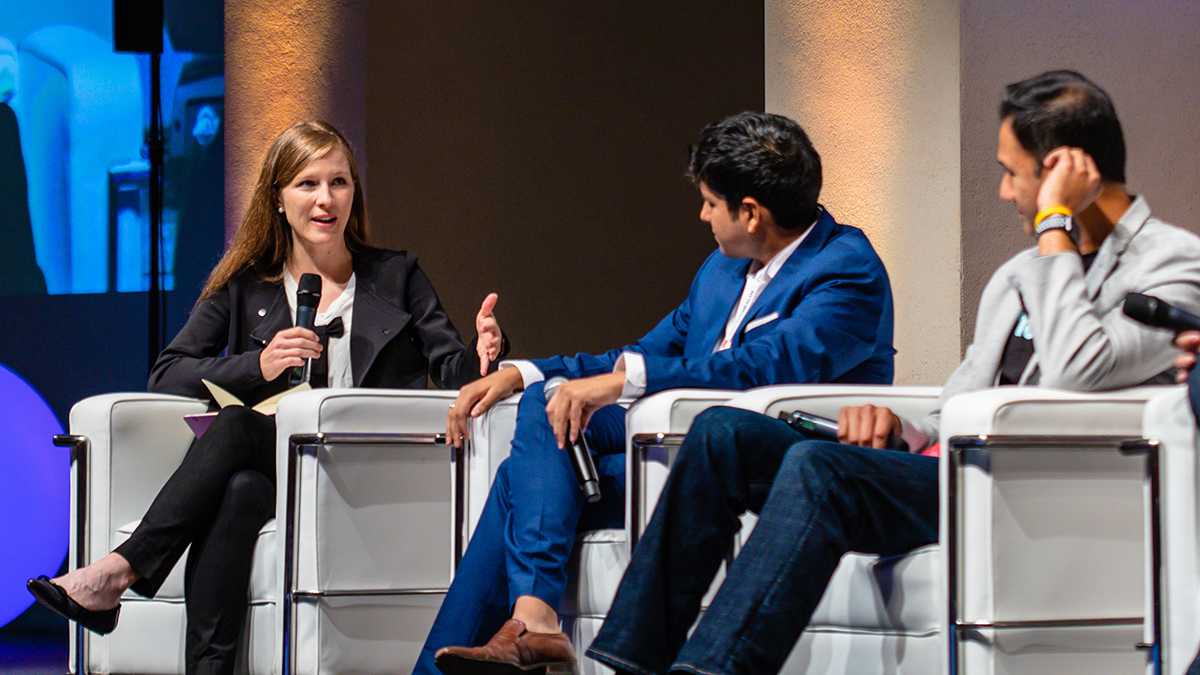 As Frontiers Health approaches, we’re featuring interviews with members of the steering committee to give you a sneak peek of what to expect in Milan. Interested in signing up? pharmaphorum readers get a discount through this link.

Though the field is still young, digital therapeutics are no longer a brand-new technology. Many different DTx offerings are in the field, being used by patients and prescribed by physicians, backed by rigorous scientific evidence.

But that doesn’t mean the work of organisations like the Digital Therapeutics Alliance (DTA) is done. Far from it. But as the space matures, the conversations are changing, including the conversations to be had at Frontiers Health in Milan in October.

Megan Coder is chief policy officer at DTA and a member of the Frontiers Health steering committee. She sat down with pharmaphorum to discuss that evolving conversation in digital therapeutics.

“The conversation in 2017-2018 era was much more focused on is clinical evidence valuable, how do we actually define industry, how do we talk about these products and how do we start to look at them in the context of care?” she says. “Now the conversation has moved on in [recent] years more to how could these get reimbursed and how are they regulated and how do we get them to market? Whereas I see now, hopefully moving forward, those topics will still be present, obviously, but the focus is going to be much more on how they are used by patients –how are they integrated into daily life for the people who really need to use these in a real-world setting?”

DTA, which recently announced a partnership with Frontiers sponsor and pharmaphorum parent company Healthware Group, is working with Savvy Cooperative to launch a DTx patient advisory group to make sure patients have a say in DTx at the industry level.

“One of our core principles that we put together as an industry, again in 2018, was this idea that all digital therapeutics have to have to be patient-centred, having human factors testing throughout every phase of the development process and engage patients throughout the product lifecycle.”

Patient centricity is important in every aspect of care, but the nature of digital therapeutics makes the topic especially germane, Coder says.

“I’m not as concerned as if my Albuterol inhaler speaks the same language as the patient,” she said. “… But with digital therapeutics, your therapies have to have the right language, the right perspective, right cultural sensitivities and understanding so that they can actually deliver the therapy they need. So, there’s a lot more perspective that I think is important on that patient side to really meaningfully engage with them every step of the way.”

Bringing the industry together

There is still a lot of work to be done in digital therapeutics to standardise and harmonise DTx efforts, and that’s something else Coder expects to see underway at Frontiers as DTx players gather in person in Milan. This includes working with the International Organization for Standardization (ISO) on codifying a definition and parameters for digital therapeutics.

“It’s not as straightforward as it may have been from the industry perspective back in 2018 when we were looking at trying to create that industry definition,” Coder said. “This now brings together people from multiple industries and multiple countries with a really strong standard setting perspective to really look at that in detail and be able to say ‘this qualifies, this doesn’t, the regulatory implications are this’ and all these other considerations we have to be making to really ensure that we have the definition that can be used by regulators, by policymakers, by payers, and others with really that international robustness of a full ISO standard eventually.”

From a regulatory standpoint, DTA wants to help align the requirements set by HTA (Health Technology Assessment) bodies so that regulatory complexity isn’t a barrier for good DTx ideas to get to market.

“We are not setting out to change the pathways that exist within Germany, France, Belgium, England, others. But the idea is that we can start to harmonise the requirements for digital therapeutics related potentially to clinical evidence and data security and interoperability requirements and so forth,” Coder said. “That notion is going to be really helpful and important for digital therapeutic companies to be able to understand what’s going to be expected of them. And then therefore that will likely help improve the idea of market access and scalability and use by patients across Europe.”

Weaving together the threads of patient centricity and standardization, Coder says robust standards could be the first step toward a personal health navigator that could help patients sort through available digital therapeutics to find the right one for them.

“It’s basically an architecture of standards to weave in all these different digital aspects of a patient’s life and also healthcare perspectives. So, one of the examples given was this could be seen as eventually a Waze for healthcare.”

If you liked this content, check out the related video below.