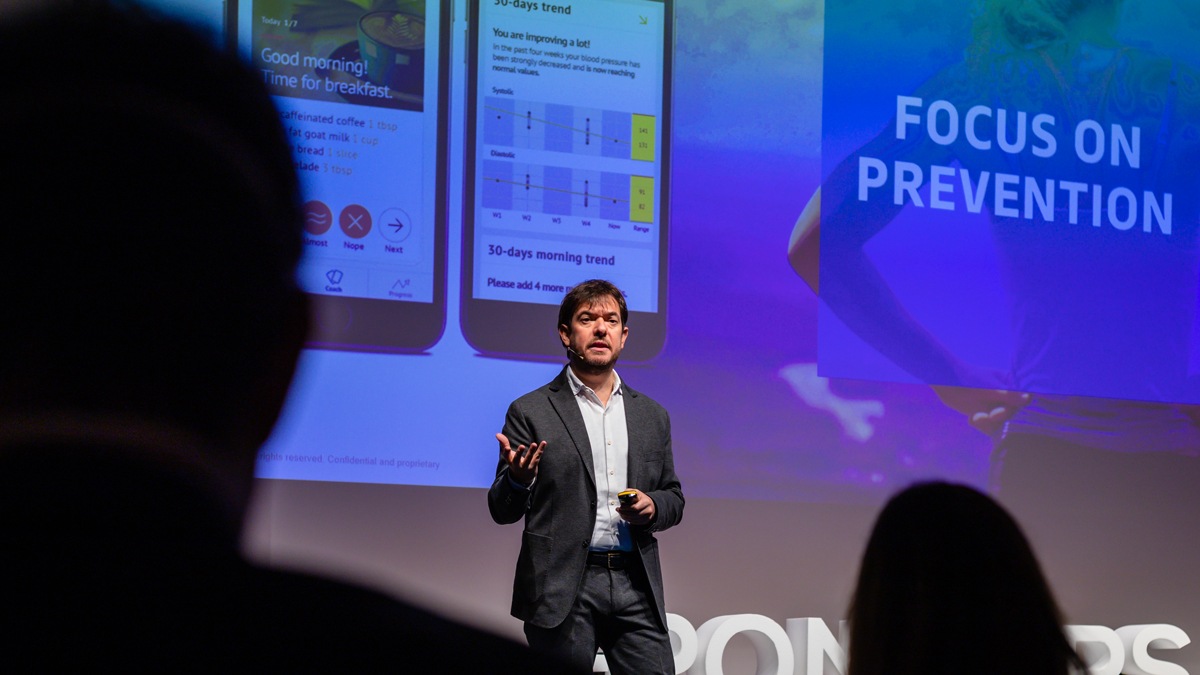 As we close in on Frontiers Health 2022, pharmaphorum is chatting with members of the Steering Committee to give you a sneak peek of what to expect in Milan. Interested in signing up? pharmaphorum readers get a discount through this link.

As digital therapeutics come into their own, they’ve become a necessary force to be reckoned with for pharma, payers, and providers – as well as for the patients that will use them and the tech companies that make them. As these technologies mature and the infrastructure emerges to support them, one big question is how they will slot into the global commercial landscapes of healthcare.

Roberto Ascione is the CEO of Healthware Group (pharmaphorum’s parent company) and a member of the Frontiers Health Steering Committee. He’s been involved with the event from the early days, and he says he sees different ways in which pharma could integrate digital therapeutics.

Much like fellow Steering Committee member Megan Coder, Ascione is excited for the “phase 2” conversations that will be happening in Milan around digital therapeutics.

“It’s one thing to get a digital therapeutic approved and out there,” he says. “It’s another thing for doctors to prescribe, and for patients to use, it. And doing that at scale is yet another level. So, a lot of other discussions will be around how we educate doctors on these new options, how we create awareness in patients, how we scale those interventions, how we measure the impact and, therefore, the economic value of these healthcare strategies at the end of the day.”

“That’s important because the more they become central, the more you want to make sure that they are tested and validated in a significant way,” he says.

But one of the most important open conversations is about regulation and reimbursement, especially in Europe, which is the focus of a new coalition led by Healthware and the Digital Therapeutics Alliance.

“I’m pretty optimistic about the speed with which those interventions will be made available for one key reason: once something in a comparable country and in a comparable system shows value, and in a very similar country, the patient is not given access to the same thing, I don’t think that will fly for too long. So, in France, if I’m under an oncology medication, I have an app, and there’s an improved survival documented in the RCP. Then, why shouldn’t I make that app available to patients in Italy or in Spain? That’s something that policymakers are starting to consider.”

What will the market dynamics of DtX look like?

In addition to charting a course for the future of digital therapeutics, Ascione also expects a conversation about the recent past in the space.

“There have been several partnerships announced between DTx companies and large-scale life sciences companies,” he says. “Have they been mostly successful? No. Why is that? What can be done differently? What are the lessons learned? And what could be new ways of shaping up these partnerships? That will also be quite central, as it has been in past years. But now I think we have seen cases working well or less so. There’s more, I think, to build upon and discuss.”

One reason that not all partnerships have worked out has to do with the cultural tension between life sciences and tech.

“We started, conceptually, to consider [digital therapeutics] as drugs,” Ascione explains. “While they have certain similarities, certainly the name alludes to that, it’s also true that these are software products, often with associated service components. They have to be managed as a tech product, which is very different than a drug. As an example, once you get a drug through the approval, you don’t want to touch it, [or you might] lose the approval status. A software product is evolutionary by design and you want to have multiple versions informed by the patient feedback because it’s a software […] Those are skills and processes and a mindset that doesn’t exist in the pharmaceutical companies because they are used to dealing with molecules.”

But this clash is fading away as the pharma and tech worlds cross-pollinate and learn from each other. As such, there are different ways the technology can evolve from here.

“Working in partnership outside of the company with DTx start-ups today is probably the most efficient way to do it still and will probably be so for some time,” Ascione says. “There probably would be a time where the internal environment within the company will be ready to handle these things from inside and that probably will be the result of multiple acquisitions, I would say. On the other hand, it might be that some tech companies will develop certain pharmaceutical, so to speak, skills and so they might get to the same end, but through a different avenue.”

Either way, Ascione doesn’t think the high-profile missteps have scared many people away from digital therapeutics.

“I see, actually, a lot of companies, maybe less publicly, but working to build their pipelines in DTx or digital medicines as well,” he says. “So, I don’t think there’s a slow-down there. It’s just a more conscious approach, less PR and more substance.”

And check out From Cure to Care [Keynote] from last year’s event below.

As gonorrhoea threat grows, Intravacc gets $14m for vaccine hunt