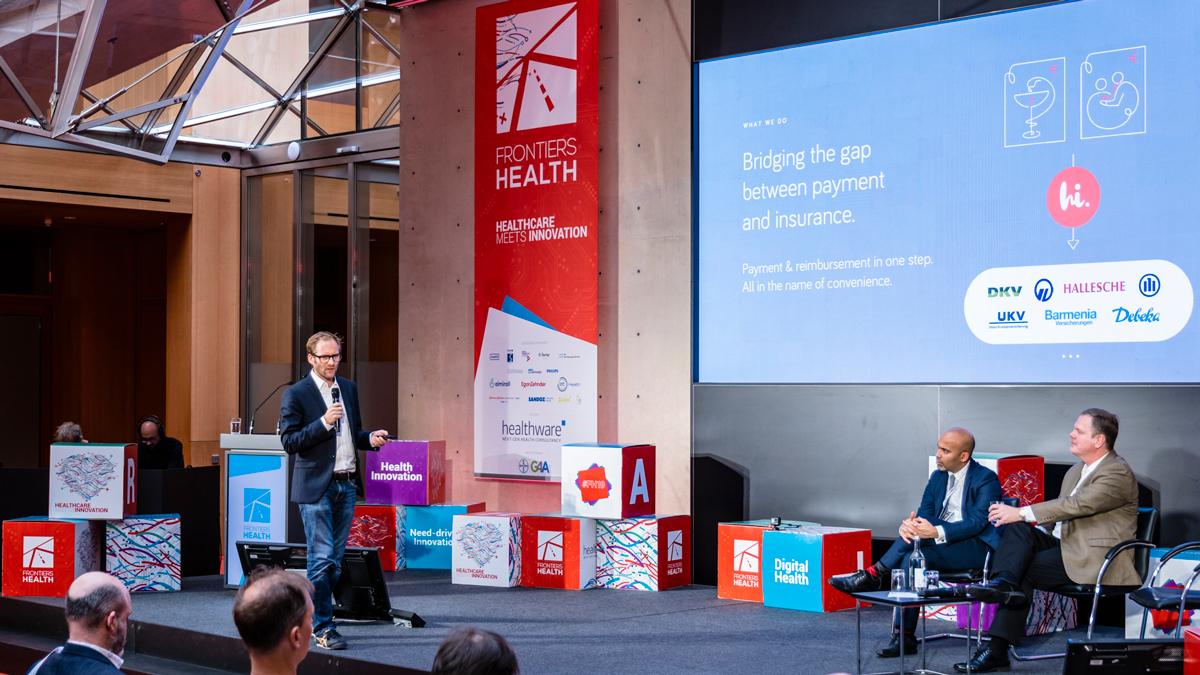 As we enter October and the Frontiers Health 2022 conference in Milan, we’re shining a spotlight on some of the Steering Committee members who have helped make the event what it is. Here we talk to Fredrik Debong, who cofounded MySugr in 2012 and sold it to Roche Diabetes Care five years later in an eight- to nine-figure deal.

A cooling off in digital health investment

Digital health saw a major investment boom the last few years, egged on by COVID-19, as well as by the natural maturation of the market. Yet, as the virus has abated and the economy has slumped, investment has cooled off.

This may not be cause for alarm, however; rather, it’s the end of Gartner’s “peak of inflated expectations” and the beginning of a realistic equilibrium.

“Also, one or two IPOs and mergers in the US haven’t really panned out to be epic for healthcare or financial outcomes. We are right now at the stage where we’re beginning to realize that, all right, we can build something and launch it on a broader scale, but it’s really hard to make it super big and impactful without cutting corners. And in health care you can’t cut corners, “ he says.

Debong knows a thing or two about how hard it is to build a healthcare company with real value. And he’s not surprised that this year we’ve seen big bets like Amazon Care flop.

“I believe that many big companies enter the field because it’s a “big market” and they have McKinsey and MBA students saying they need to do something in there, not because they want to strive to have a huge healthcare impact,” he says. “And those bets or leaps of faith based on spreadsheets and PowerPoints, not actual experience – they land you in hot waters.”

The investments that will succeed

Some high-profile misses aren’t a reason for pessimism about the ecosystem, Debong says – just realism.

“I think it’s going to grow, but we’ll see more mature plays. There are enough of us who know what can be done now,” he said. “But the system and view on the field is changing. Many are coming to the realisation, like I did, that just building an island of a solution is nice, but it’s not going to be huge. You have to either change a horizontal layer of the ecosystem or craft really deep vertical, where you control and thus can work through the kinks of multiple layers yourself.”

An ecosystem layer is a technology that has the capacity to enable a broad swathe of healthcare operations, often a data management or infrastructure play. A deep vertical, meanwhile, involves a technology “starting with the patient experience, going all the way down into the health economics and the machinations of society,” Debong says.

“These are the two big things coming at us, I believe: deep vertical plays and the horizontal plays. They are the more interesting pieces, where more investment is needed,” he says. “I do help and connect with island plays, too, but I refrain from investing in such solutions nowadays.”

When it comes to the horizontal plays, Debong sees two big categories. One is around payment and reimbursement.

“Money is the glue of our healthcare systems. There is no getting around this essential horizontal layer,” Debong says. “Yet, the infrastructure for this is often burdensome for everyone involved in these three-way exchanges: the provider waits for the customer, who waits for their insurance, who waits for a document that may never come. As we notice now that a few of our colleagues offer reimbursed services, it all takes so long and requires a lot of work to make it run. This field needs a lot of loving and, if done well, enables huge leaps in healthcare access and transparency.”

The other broad category is around data exchange. Because data is still not interoperable, there are a lot of great opportunities for companies to build services around easy data exchange. One example that he has invested in is German company Daslab, which unifies data coming from testing labs and then uses that data to improve testing efficiencies.

“They’ve been able to integrate into the core systems of pretty much every diagnostic laboratory in Germany to such a level that they can tell the clinician which lab a vial needs to go to, for the result to be delivered on time,” Debong explains. “This makes it possible to expect to get the result in a day, and digitally, instead of waiting for a letter for a week. It’s huge: this is what a horizontal layer play looks like.”

As it happens, Debong first met Daslab’s team at Frontiers Health. It’s also where he first encountered Praava, a Bangladeshi digital-enabled clinic he now advises. He sees major value in events that bring together entrepreneurs and investors who might be able to help support each other, either financially or just by sharing ideas and solutions to problems.

“That honesty and support from within the network is simply tremendous,” Debong says. “That’s why you go there. That openness and helpfulness across all these domains of healthcare, across borders and established peer groups. Some of my best friends are new entrepreneurs and VC’s; others are veterans. Frontiers is this dissolvent and glue in the European digital health ecosystem.”

And check out DTx and National Health Systems from last year’s event below.

Report: Reinventing product and portfolio value for the biopharmaceutical industry