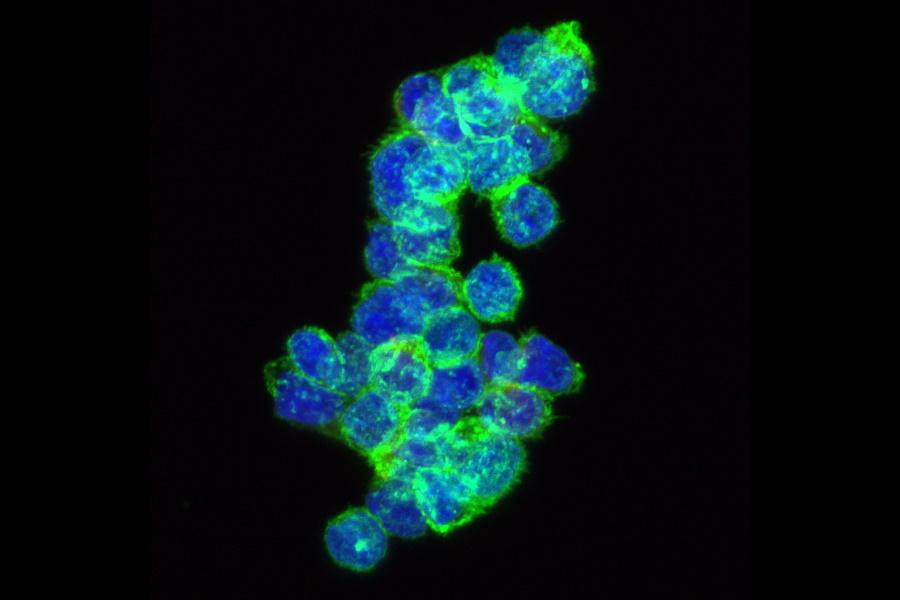 California biotech Calibr and partner AbbVie have reported the first clinical data on a new CAR-T technology, which uses “switchable” cells that aim to eliminate the life-threatening side-effects that can occur with this type of immunotherapy.

Like other CAR-Ts, Calibr’s therapy is manufactured from a patient’s own T-cells, which are harvested and genetically modified to fight cancer before being reintroduced into the body. However, they have a novel molecular switch – in this case an antibody – which activates them only when needed, to avoid the side effects seen with this class.

CAR-Ts can sometimes cause cytokine release syndrome (CRS), when the immune system goes into overdrive and causes dangerous inflammation, which means patients have to receive prophylactic immune-suppressing drugs that can limit the efficacy of treatment.

Scripps Research Institute spin-out Calibr’s lead candidate combines CLBR001 cells – billed as a “universal” CAR-T because they are not targeted at a specific antigen – and companion antibody SWI019, which directs them to CD19 antigens on B-cell cancers. In the absence of the antibody, the CAR-T cells are dormant.

The first readout from an ongoing phase 1 study reveals that out of nine patients treated to date, seven (78%) showed a response to the treatment, with six (67%) having a complete response, with most responses coming after a single dose of the CAR-T and SWI019.

That remarkable level of efficacy – given that patients had already experienced around five prior lines of therapy – came without an increase in CRS or immune effector cell-associated neurotoxicity syndrome (ICANS), another complication seen with current CAR-T therapies.

“Patients who experienced CRS or ICANS had shorter duration of these events compared with those in pivotal trials for commercial CAR-T cell products,” said Calibr in a statement.

The duration of those side effects was limited to around 2 to 3 days with the switchable therapy, compared to five to 17 days with already-approved CD19-targeted CAR-Ts, such as Novartis’ Kymriah (tisagenlecleucel), Gilead Sciences’ Yescarta (axicabtagene ciloleucel) and Bristol-Myers Squibb’s Breyanzi (lisocabtagene maraleucel).

There is also evidence that responses can be deepened with repeat administrations of the SWI019 antibody, which deliberately has a relatively short half-life to minimise the risk of side effects, said Calibr.

“These results underscore the potential of Calibr’s switchable CAR-T cell platform to act like a ‘software’ and ‘hardware’ approach, where the biological response of the CLBR001 cell ‘hardware’ can be programmed using the switch dose as the ‘software’,” said Travis Young, head of biologics at Calibr.

“This is our first step toward demonstrating the potential of this universal platform to be programmed toward any target, including those for solid tumours,” he added.

So far, conventional CAR-Ts have not been effective in treating solid tumours because of difficulties in targeting tumours, surviving the hostile microenvironment around them, and infiltrating them to exert their anti-cancer effects.

Calibr hopes its approach could however overcome those limitations with higher doses of targeting antibody or potentially multiple antibodies targeting different tumour-associated antigens.

AbbVie has been involved in the development of the switchable CAR-T platform since 2018, when it licensed the technology for various tumour targets in return for an undisclosed upfront fee. It has option to license some of Calibr’s existing cell therapy programmes, including CLBR001+ SWI019.

Other companies are also investigating ways to enhance the efficacy of CAR-Ts. Earlier this month, for example, BioNTech reported results with its “amplified” CAR-T BNT-211 for solid tumours, which consists of cells directed at Claudin-6 on cancer cells, coupled with an mRNA vaccine designed to amplify their activity.

UK startup Leucid Bio meanwhile is developing CAR-Ts that are engineered in a more natural biological configuration that is designed to  enhance their potency, extend responses, and reduce side effects.

Other research groups are using a similar switchable approach to activating the cells, using triggers including small-molecule drugs, viruses and even light and heat.