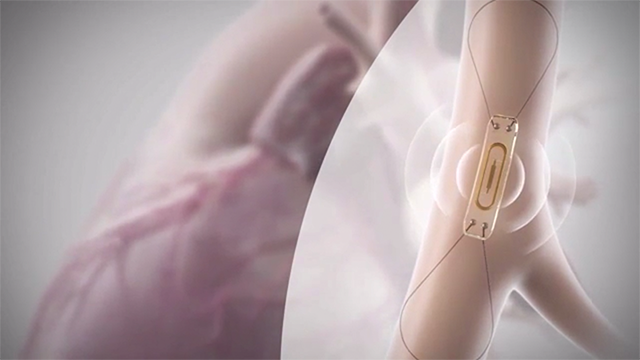 The FDA has approved expanded labelling for Abbott’s CardioMEMS HF System, an implantable sensor that provides an early warning of worsening heart failure, that could make it an option for more than a million more patients.

The new approval makes the CardioMEMS device – which was first approved in the US in 2014 – an option for earlier-stage patients, specifically those with New York Heart Association class II heart failure and a blood test that shows elevated levels of the biomarker natriuretic peptide.

Previously, it was used only in class III heart failure patients who had been hospitalised for the condition within the last year.

The paperclip-sized device is designed to monitor pressure changes in the heart, and is implanted in a patient’s pulmonary artery during a minimally invasive procedure.

Last year, Abbott revealed the results of the large-scale GUIDE-HF trial of the sensor across a range of patients with class II to IV heart failure, which showed a strong reduction in a composite endpoint of heart failure hospitalisations, emergency visits and death with the device.

The trial was heavily disrupted by the COVID-19 pandemic and missed its primary endpoint with a 28% lower rate of total heart failure events and death compared to the study’s control group which was not statistically significant.

Excluding patients enrolled during the pandemic – who were much more likely to die as a result of COVID-19 – Abbott was able to show a 19% reduction in the composite endpoint and a 28% reduction in heart failure hospitalisations that passed the threshold for statistical significance.

Zeroing in on class II patients – those with mild symptoms like shortness of breath and angina and modest impacts on physical activities – the sensor achieved a respective 34% and 25% reduction in heart failure hospitalisations, emergency visits and death.

More than 6.2 million Americans have heart failure, with diagnoses projected to double by 2030, and use of the CardioMEMS device can allow doctors to make therapy changes to try to stop or slow down the progression to later-stage heart failure.

Taken together, the company’s heart failure business grew almost 20% to just under $900 million last year, shrugging off the impact on other parts of the company’s medical device business that were impacted by COVID-19.