Five years after selling CoverMyMeds to McKesson for $1.4 billion, the company’s CEO Matt Scantland has returned to the digital health sector with a new startup – AndHealth – that aims to help patients reverse chronic diseases.

The new company has emerged onto the scene with $57 million in new funding from tech investor Francisco Partners – backed by the American Medical Association’s venture capital arm Health 2047, Kirkland & Ellis and Twofold Ventures – and a mobile app product for people with migraine.

That is just the first of a series of apps coming down the pipeline for chronic diseases that aim to help patients manage their conditions with targeted behavioural and lifestyle changes, with the range due to be expanded with a second product for autoimmune diseases, including rheumatoid arthritis, psoriasis, ulcerative colitis and Crohn’s disease.

The business model will be mainly to make the apps available to employers and health plans, who will then be able to offer them to workers in the hope of reducing healthcare costs and improving productivity in the workplace.

Migraine was an obvious place to start, because it is a major cause of short-term disability and a significant driver of lost productivity and engagement in workforces, according to Scantland. 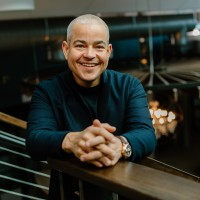 “Just like the best employers recognized with mental health beginning five or so years ago, there is a growing consensus that it is now time to destigmatize migraine and improve access to care so that people can reclaim their lives from this disease,” he said.

Scantland stayed on as CEO of CoverMyMeds – which develops software to facilitate payer prior authorisation for access to medicines – for a couple of years after the company became an independent unit of McKesson, but left to form his own investment and consultancy firm in 2019.

He has taken some of the thinking behind CoverMyMeds forward into the new venture.

“People often look at health claims and quickly conclude that the highest priority chronic conditions should be the ones with the greatest prevalence and direct cost,” said Scantland.

“However, within the multi-chronic population, we believe the highest priority condition is not necessarily the most prevalent one, but rather the condition the patient most wants to solve.”

Typically, these are the conditions with the most pain and life disruption rather than diseases that are less symptoms heavy early on, like hypertension, pre-diabetes and high cholesterol, he continued.

AndHealth’s migraine app has already been put through its paces in a study conducted by a researcher at the University of Maryland in people with severe and chronic migraine for 15 years or more.

At the end of the trial, 60% no longer met the diagnostic criteria for the condition, claims the company, which says the tool helped one patient identify that the root cause of his migraines was sinus-related issues stemming from specific food sensitivities.