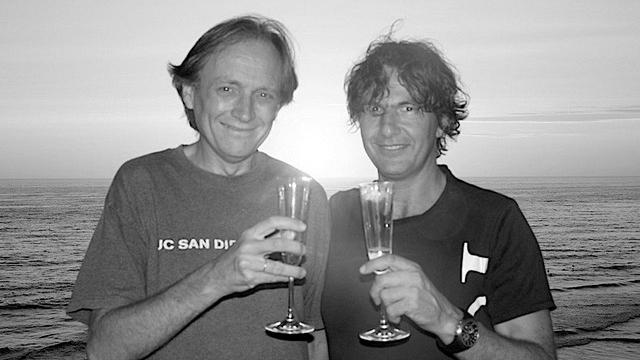 It’s no secret that the healthcare system is made up of a panoply of diverse stakeholders, each with their own priorities, incentives, and motivations. Bringing those stakeholders together is an oft-lauded goal, but it’s proved easier said than done.

The Eureka Institute, a Syracuse, Italy-based non-profit, is focused on addressing this disparity by providing education, research, and advocacy around the field of translational medicine. The group will be leading a workshop on the topic at Frontiers Health next week.

“Our definition, which is tested by the fire of reality, is that translational medicine is unmet medical needs or societal opportunities which are solved through creativity, hard work, and technology,” Salvatore Albani, president of Eureka, told pharmaphorum. “So, it is a much more realistic definition than more conventional definitions, such as from bench to bedside, etc. […] Translational medicine is profoundly necessary in society. It interfaces different worlds: the patient, pharma, regulatory world, science, and politics.”

Here’s an example. In one exercise Albani does with his students, they actually map these different stakeholder priorities in a graph, to help lay out what sorts of things patients value versus regulators versus researchers. They then look at how policy solutions can help align those priorities and incentives.

“Once you complete the spreadsheet with these numbers you can get another plot and the surface of the plot represents the average possibility of success for translational medicine. Now, if you change the values, say, for instance, the government intervenes and makes the scientists more interested in a certain problem and lowers the regulatory bar so pharma can make more money or faster, all of a sudden the surface increases. We can really visualise how the components are working together. The objective is to transform what is a whole series of tug-of-wars into rowing together.”

Albani and his cofounder Berent Prakken have been working in this field since 2008, applying translational thinking to the many seismic shifts that have happened in that time. At Frontiers, the workshop will focus on applying those ideas to the current digital transformation in healthcare.

“The risk is that if technology is developed […] without having the ultimate consumer, the ultimate goal in mind, you have a problem,” Prakken said. “This is what happens in translational medicine a lot, is that new discoveries and amazing discoveries were made, but never translated into something that could actually benefit patients and society. If you see the digital medicine arena, you see big companies, but also smaller initiatives doing many things of which they are, sort of, very keen on without having the big picture on how it fits all [together] in the big ecosystem of medicine, and these links were not made.”

They hope the conference will provide an opportunity to get their message out to a new group of influencers in the ongoing digital transformation of healthcare.

“So, next step for us, by Eureka […] is to make ourselves known in a world where our exposure has been limited. So, we’re not going to go to Milan and talk about the drama of the patient, but rather we’re going to propose practical tools and maybe even solutions to facilitate this interface,” Albani said. “What we hope also to obtain is to broaden our bases in order to involve people like Healthware and participants of the meeting, so that we can put their perspective into ours and broaden it. And this is what we call, not policymaking for sure, but it’s creating sufficient critical mass to help in shaping policy.”

Albani and Prakken believe in a very personal approach to building these bridges between ideas and realities. Through mentorship, degree programs, and certificate programs, they focus on evangelising through hands-on education.

“Of course, we cannot change the whole world in one course,” Prakken says. “But what we’ve seen is, we started like 15 years ago with our first course, I think 25 students: we have now trained over 1,000 people, and also [gotten] lots of faculty involved and big universities involved. So, we really believe that we plant a seed and that from the seed that we can really change the face. We go for quality above quantity here and we see that it’s working because the people who we trained are getting the same energy and are doing it in their own lives. We’ve studied it, we did follow up studies, and we see that they actually are using what they learned.”

Hopefully, those seeds will flourish in the fertile soil that is the burgeoning digital health ecosystem.

“They have the intrinsic motivation to make the difference,” Prakken says of the students the Eureka Institute has trained. “We help them open their eyes and minds for different perspectives and to be critical. Again, what you’re saying, all the digital tools which are now available – you can get overwhelmed by all the tools, so it’s important that we help them to make the right choices also for the future.”

As well as putting the word out, Albani and Prakken are hoping to leave the event with some concrete outcomes.

“This year at Frontiers, I would like to go way beyond empty words and just showing off my volume, but rather establishing meaningful relationships like the one we developed with Roberto [Ascione, Frontiers Health chair] when we were invited for the meeting,” Albani said.“Not just about talking about things, doing things. Having a next step which is a practical one. That for me would be a measure of success for our participation.”

Albani and Prakken will speak at Frontiers Health 2022 at the workshop The Digital Alchemist: How Eureka coalesces the diverse worlds in Translational Health Science on Friday 21st October at 12 pm Milan time.

The Role of Social Media in Healthcare

Merck gets on board with Moderna cancer vaccine in $250m deal