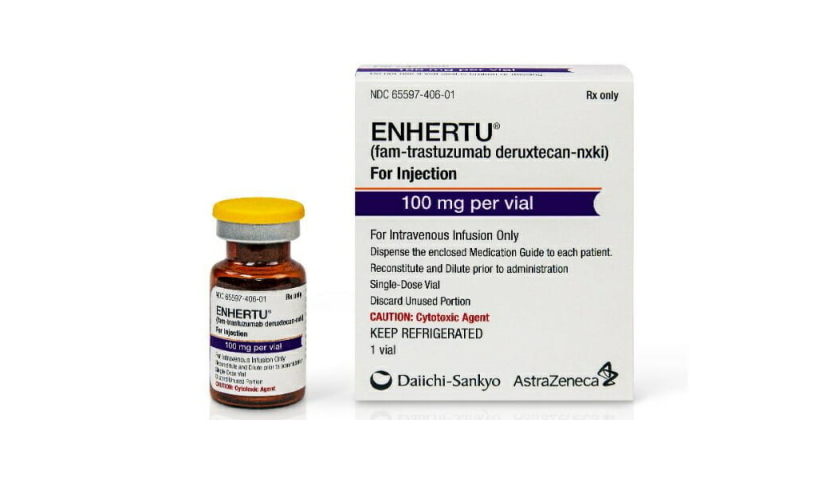 AstraZeneca and Daiichi Sankyo have claimed a fifth breakthrough designation from the FDA for Enhertu, shortly after the showing the drug extended survival in patients with HER2-low metastatic breast cancer.

The coveted status has been awarded to the HER2-targeting antibody-drug conjugate (ADC) on the back of the DESTINY-Breast04 trial results, unveiled in February, which involved patients with HER2-low, unresectable and/or metastatic breast cancer previously treated with one to two prior lines of chemotherapy.

A breakthrough designation recognises that a drug could offer a substantial improvement over available therapies for serious or life-threatening diseases. Drugs given the designation are hastened through the development process by the FDA, which can grant them a faster six-month review.

The top-line results showed that Enhertu (trastuzumab deruxtecan) achieved a statistically significant and clinically meaningful improvement in both progression-free survival (PFS) and overall survival (OS) when compared to physicians’ choice of chemo.

It was the first time ever that a HER2-directed therapy has shown a benefit in patients with HER2-low breast cancer, a group which account for around 55% of all cases of the disease versus 25% for HER2-positive tumours.

Analysts at Credit Suisse have said that expanding Enhertu’s use into HER2-low cancers could expand its sales by $3 billion, and unlock the multibillion-dollar predictions that prompted AZ to pay $1.4 billion upfront to license rights to the drug in a deal that could be worth up to $6.9 billion.

Last year, sales were $426 million, more than double the amount made in the previous year, on expanded indications and more confidence among physicians in the use of the drug, which can have serious side effects.

AZ’s head of oncology R&D Susan Galbraith said the breakthrough designation “is a significant validation of the potential we see for the historic DESTINY-Breast04 trial to enable a paradigm shift in how breast cancer is classified by targeting the full spectrum of HER2 expression.”

AZ and Daiichi Sankyo have previously been awarded breakthrough designations for Enhertu as a treatment for second- and later-line therapy of HER2-positive breast cancer, as well as HER2-positive non-small cell lung cancer (NSCLC) and gastric cancer.