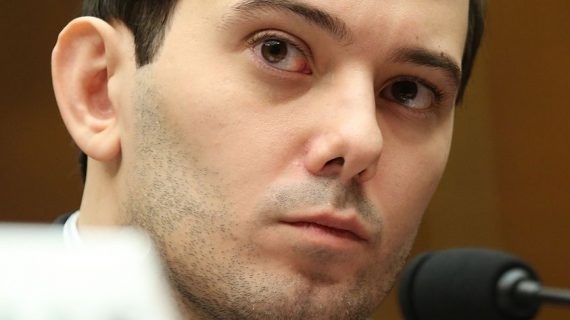 Given that Martin Shkreli has a lifetime restraining order preventing him from working in the pharma industry, it will raise a few eyebrows that his new company – launched just two months after his release from prison for securities fraud – is called ‘Druglike’.

The new venture is described as developing a decentralised computing network that will be used to power early-stage drug discovery projects and – according to Shkreli – will “disrupt the economics of the drug business.”

That is certainly a departure from Shkreli’s earlier efforts to disrupt the healthcare category by inflating the price of critical HIV medication Daraprim by around 5,000% when he was chief executive at Turing Pharma.

In typical fashion, there’s no attempt to downplay his involvement in the venture, with a press release on the launch mentioning Shkreli as a co-founder in the first sentence.

It does include a disclaimer, however, which claims that Druglike is a “blockchain/Web3 software company and not a pharmaceutical company”, stressing that it is “not engaged in pharmaceutical research or drug development”.

Shkreli told the Daily Mail in an interview that his ultimate objective is to get back in the pharma game and will be challenging the ban imposed by the courts.

He also said that Druglike is, in some ways, his “revenge” on the industry by making removing the barriers to carrying out activities like target identification, drug design, and virtual screening.

“It’d be fascinating if the next big medicine came out because like 20,000 computers of volunteers made it instead of like, Merck,” he told the newspaper.

The web3 platform will “remove barriers to early-stage drug discovery, increase innovation and allow a broader group of contributors to share the rewards”, claims the PR.

The intention is to put “in silico” drug design software on the cloud, making it available to anyone who wants to use it for free, according to Shkreli. Contributors who make their devices available to projects will be able to earn rewards in a cryptocurrency called $MSI, with a blockchain system used to make collaboration secure.

“For the first time, any computer or phone with access to the web might be responsible and rewarded for discovering the next breakthrough medicine,” continued Shkreli.

“We will disrupt the economics of the drug business by allowing a wide pool of innovators and contributors, rather than only pharmaceutical giants, to profit from drug discovery.”

Novartis takes aim at MS blockbuster Tysabri in US and Europe