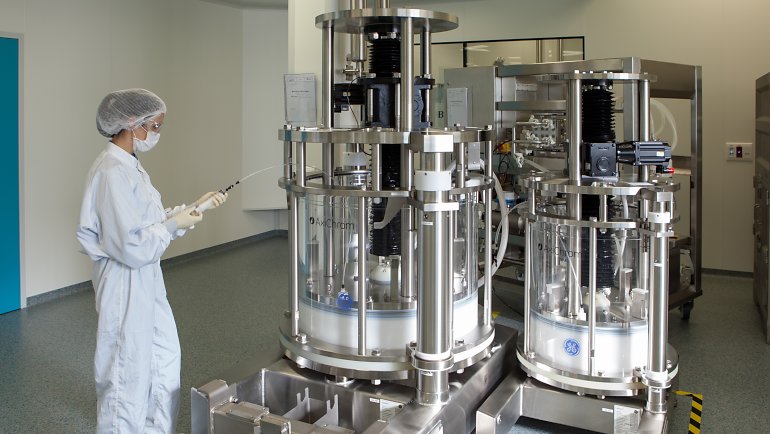 German injectable medicines specialist Fresenius Kabi has made a pair of deals to kickstart its new strategic direction, including a majority stake in mAbxience that bolsters its position in biosimilars.

Fresenius Kabi is buying 55% of mAbxience – a subsidiary of Spanish drugmaker Insud Pharma – for €495 million (around $550 million) upfront and undisclosed milestone payments, bolting on two commercially-available biosimilars (rituximab and bevacizumab) and a pipeline of several others in development.

The move elevates Fresenius Kabi’s presence in biosimilars a stroke, as its own pipeline consists of biosimilars of adalimumab, tocilizumab and pegfilgrastim in late-stage development, plus additional candidates in earlier clinical testing.

It also gives the German company three biomanufacturing facilities, two in Spain and one in Argentina, plus a contract development and manufacturing (CDMO) network. mAbxience currently employs approximately 600 staff and generated sales of around €255 million last year, in part from a contract to produce the drug substance of AstraZeneca’s COVID-19 vaccine.

The deal – due to close in the middle of this year – also includes an option to buy the remaining 45% of shares in mAbxience, said Fresenius Kabi.

Meanwhile, the German company is also acquiring US infusion therapy company Ivenix outright, for $240 million upfront and milestones, to claim ownership of its recently-approved infusion system, billed as a “new standard in infusion safety, simplicity and interoperability.”

The device revolves around a smartphone-like digital interface designed to reduce infusion-related errors and drive down costs, and will be paired with Fresenius Kabi’s range of intravenous fluids and infusion devices.

The Ivenix transaction is also expected to close by mid-2022, and Fresenius Kabi said the two deals are expected to be broadly neutral to its cash flow in 2022 and accretive from 2023 onwards.

Fresenius Kabi unveiled a new five-year strategy last year that focused on expanding its position in biopharma and medical technology, and CEO Michael Sen said the two M&A deals are the first steps in that process.

“With the acquisition of Ivenix, we add the next generation infusion therapy platform, we complement and strengthen our existing infusion therapy offering. and we create a superior portfolio for the US market,” continued Sen.

With mAbxience, the company is making a “step change” in biopharma, bolstering its pipeline, adding manufacturing capacity and  extending its business model to include outsourcing.

“mAbxience and Ivenix as portfolio advancements are good for patients, good for healthcare providers and our company,” he added.