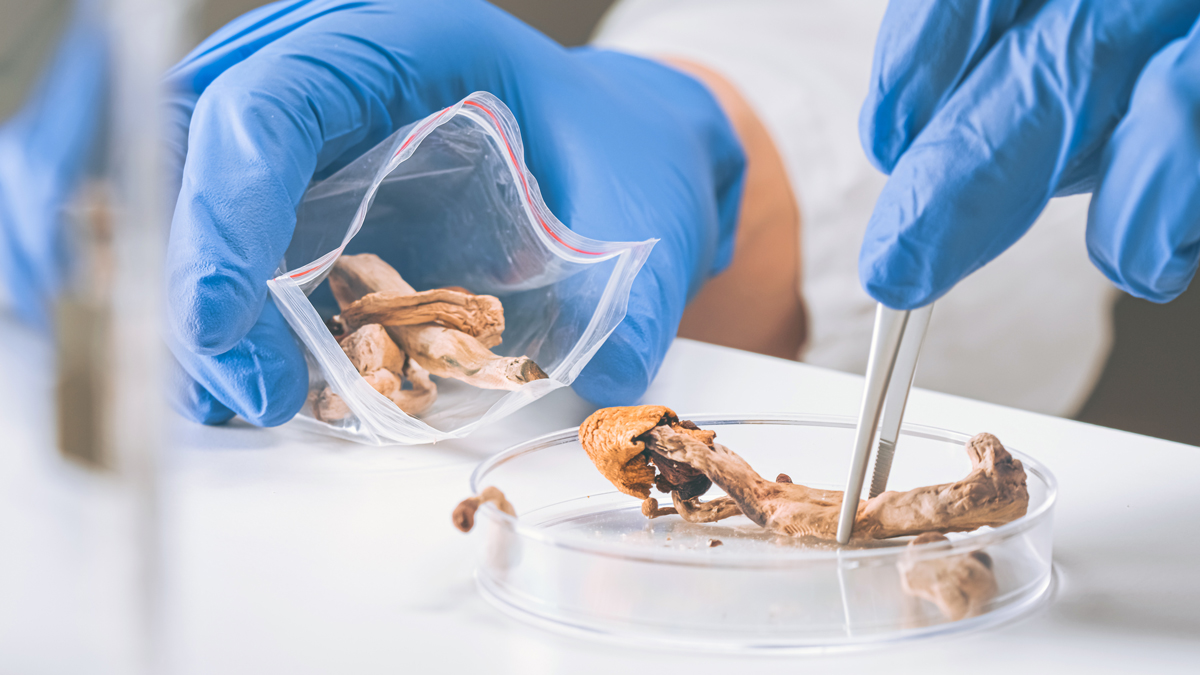 There is a growing pipeline of psychedelic therapies and an expanding body of science to suggest that they may be able to provide an alternative to existing mental health treatments. Ben Hargreaves discovers why medical research in the area has shifted from being highly controversial to being backed by major pharma companies and venture capital.

The image of psychedelic drugs within medical research is changing. Although the development of LSD began with Albert Hofmann of Sandoz Laboratories and saw extensive research in the 1950s, the drug became closely associated with the counterculture movement of the 60s and Timothy Leary’s call to “turn on, tune in, drop out.” Following this period, the study of psychedelic treatments continued but at the fringes of medical research.

But today this is rapidly changing as a greater number of companies and research institutes explore potential uses for mental health disorders. One reason behind the resurgence in interest is a small but growing body of clinical research, with various psychedelic treatments showing promising outcomes in treating a range of medical conditions, such as depression and addiction.

The term ‘psychedelic treatments’ incorporates a broad spectrum of different compounds, from LSD, psilocybin and DMT, to MDMA, ibogaine and ketamine. The latter compound has already been approved for treatment-resistance depression as the product Spravato (esketamine), after being developed by Janssen. This success has seen other traditional pharma companies, such as Otsuka Pharmaceutical, take a greater interest in the space and spurred the investment required to progress the field further.

One of the reasons that interest has developed again in psychedelic therapies is the crisis being faced in mental health disorders globally. According to the World Health Organization, each year 25% of individuals in Europe will suffer from depression or anxiety, with neuropsychiatric disorders accounting for 26% of the burden of disease in the European Union. It is a similar story in the US, with the National Institute of Health estimating that nearly one in five adults lives with a mental illness.

A spokesperson for atai Life Sciences, a biotech developing a range of compounds to treat mental health conditions, told pharmaphorum that the challenge of treating mental health issues had brought about a ‘psychedelic renaissance’ in the scientific community. They noted that this represented “a significant shift from half a century ago when legislative rulings limited research”, with this new era for the drugs “marked by an increase in research, education and growing understanding of the potential of these compounds.”

Similarly, Dr. Dan Karlin, chief medical officer at MindMed, another biotech working in the psychedelic research space, outlined to pharmaphorum: “in engaging with the scientific and medical communities, whether it’s to build out our scientific advisory board or to hire senior drug developers, I’ve been pleasantly surprised at the prevailing open-mindedness towards the work we’re pursuing.”

The reason research interest is high in the area is because psychedelic therapies are achieving strong results in the area of mental health. Compass Pathways, a biotech that is progressing a psilocybin-based therapy, COMP-360, through clinical trials, recently published results showing that patients taking a higher dose version of its treatment demonstrated a -6.6 difference on the MADRS depression scale against a 1mg comparator dose at three weeks. A recent John Hopkins Medicine study showed that treatment with psilocybin relieved major depressive disorder for at least a year for certain patients.

With promising pre-clinical and clinical stage results, there are more and more therapeutic candidates being developed in this space. A recent publication showcased that the number of active clinical trials running that are researching various psychedelic therapies has increased rapidly from 2003 to 2021. The number of active clinical trials studying psilocybin alone has increased more than three-fold from 2017.

However, Dr. Guy Goodwin, chief medical officer at Compass Pathways, told pharmaphorum that some caution is required when analysing smaller scale studies that attract media attention. He explained that although there have been a number of ‘high profile’ publications about the use of psychedelics, “they are not the kind of studies that would gain regulatory approval.”

He continued to say, “In other words, they are small and have few safeguards against bias. We need larger, controlled studies to generate rigorous evidence.” By contrast, Compass Pathways’ recently completed phase 2b trial was the largest study into the therapeutic benefits of psilocybin yet undertaken.

Trials of this scale have been made possible by the increased investment flowing into the area. In 2020, an investment fund was created for the first time in the UK to support the development of psychedelic treatments. The founders of this VC fund had previously backed atai Life Sciences, which itself is a part owner of Compass Pathways. All three biotechs previously mentioned, atai Life Sciences, MindMed and Compass Pathways, launched IPOs on the Nasdaq recently – with the two former companies listing in 2021, and the latter in 2020.

Paving the way to patients

There is more research and more money than ever going into psychedelic therapies, but questions remain about the pathway they will take to reach patients. In the US, many of the psychedelic treatments being studied are Schedule 1 drugs by the Drug Enforcement Administration (DEA), which defines the drugs listed as having no accepted medical use and a high potential for abuse.

Dr. Karlin explained why this could create barriers to be overcome by the companies working in the space: “When the FDA approves a new drug it has to be rescheduled by the DEA. But, as MAPS notes, 23 states plus the District of Columbia do not automatically reschedule just because the DEA does, creating potential delays and confusion in the rollout of treatments.”

However, when asked about the potential barriers in this area, Dr. Goodwin stressed the major challenges to getting the treatments to patients will be to generate the evidence and the data required for approval. From that point, the companies involved will have to “demonstrate the value to patients and health systems”, so that the treatments will be reimbursed and accessible to patients. With GW Pharma previously achieving approval for a cannabis-based treatment, despite the DEA noting cannabis as a Schedule 1 drug, there is precedent for taking forward a therapeutic candidate with a similar classification. The challenge, as noted by Dr. Goodwin, will be to prove that psychedelic therapies can be considered safe and effective. With more treatments entering later stages of clinical trials, the answer to these questions could be arriving sooner rather than later – though more than 80 years after Albert Hofmann first synthesised LSD and began wondering about its potential for psychotherapeutic use.