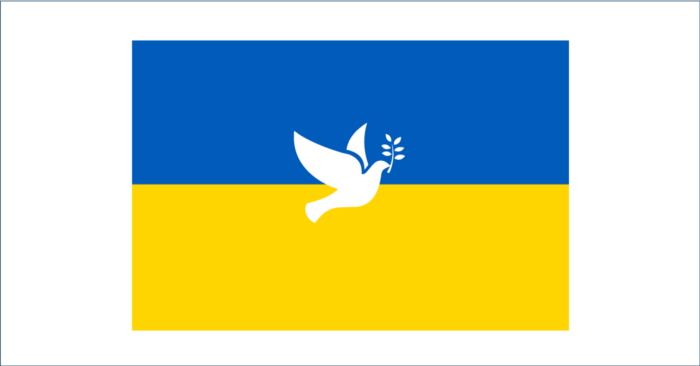 Hundreds of business leaders in the life sciences sector have added their names to an open letter that says they will cease all business dealings in Russia in response to Russia’s unprovoked invasion of Ukraine.

With the exception of food and medicines, they also pledge to halt trade in goods with Russian companies. The economic disengagement should also apply to other countries that join with Russia in its aggression.

A list of co-signatories now includes hundreds of names from the spectrum of the life sciences sector and growing all the time, although its worth noting that so far at least big pharma groups, many of which have Russian businesses and employees, are largely absent.

Some have however expressed their support for Ukraine in other ways:

We condemn the military aggression against Ukraine. We will contribute EUR 2.5 million to humanitarian relief funds for Ukraine and do everything we can to help our impacted colleagues, their families and communities.

We’re making a £3m donation to the Red Cross’s Ukraine Crisis work to fund food, water, first aid, medicines, warm clothes and shelter. Ukrainian people have shown so much courage and bravery and we hope that a peaceful resolution can be reached as quickly as possible.

“We, leaders in the life sciences industry, are appalled by the unprovoked war started by Russia against its neighbour Ukraine,” says the letter.

“This barbaric act will lead to substantial loss of life, trauma to millions of people, and the dislocation of civil society in a nation that has repeatedly expressed its peaceful intentions. In short, this is a criminal act deliberately committed by Russia.”

The signatories also call out the “captains of Russia’s industries” who support Vladimir Putin, urging them to take steps to “steer Russia towards peace.

They also ask their counterparts in other industries including software, social media, IT, agriculture, legal and financial services, medical devices, medical instruments, and minerals to take the same steps.

Among the big-name companies already severing ties with Russia are oil giants BP, Shell and ExxonMobil, aerospace company Boeing which has suspended operations in Moscow, and carmakers Volvo and GM which have ended exports to Russia.