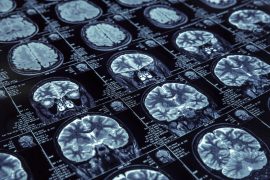 After a torrid couple of years, Biogen can be forgiven for making the most of new data on its tofersen drug for amyotrophic lateral sclerosis (ALS) – with an elevated status among its pipeline prospects largely as a result of failures in other programmes.

An analysis of 12-month data from the phase 3 VALOR trial of tofersen in patients with a rare form of ALS caused by a faulty SOD1 gene, plus as an open-label extension (OLE) study, has been published in the New England Journal of Medicine, showing the drug was effective in slowing progression of the disease.

The combined data shows that tofersen can reduce SOD1 protein in the body, which was accompanied by reduced levels of neurofilaments caused by SOD1 clumping together and – according to a Biogen statement – a “meaningful clinical benefit” among patients who took the drug for at least six months in the OLE.

ALS is also known as motor neurone disease (MND), and around 2% of cases of the progressive neurodegenerative disorder are linked to mutations in the SOD-1 gene, and there are around 31,000 patients with ALS in the US.

Ionis-partnered tofersen was all-but written off last year when the VALOR study missed its primary endpoint, but Biogen pressed on with the programme and filed for approval based on the responses seen in the extension study. The FDA granted the drug an accelerated review with a verdict expected by 25 January.

Biogen’s decision to move ahead with less than robust data echoes of the approach it took with ill-fated Alzheimer’s therapy Aduhelm (aducanumab), a commercial disaster that has now been sidelined as the company has switched its attention to follow-up lecanemab.

It remains to be seen whether the combined data will convince the regulator to similarly grant conditional approval while it waits for results from a confirmatory phase 3 trial (ATLAS ) in SOD1-ALS, given the fallout that followed its decision to approve Aduhelm.

Investors seemed unconvinced, with Biogen shares dipping 2% after the NEJM publication was announced, although the data was well-received in some quarters.

Dr Paul Wright, principal scientist at medical research charity LifeArc, said the results were “promising and potentially exciting” for the small proportion of ALS patients whose disease is associated with SOD-1 mutations.

“Because the paper shows the benefits are seen after a longer period of time, it also highlights the need to have better tests to spot the disease earlier, to identify the exact type of disease a person has, and to monitor how it progresses,” he pointed out.

Dr Adolfo López de Munain, scientific director of Spanish neurodegenerative diseases institute CIBERNED, said the trial was well-planned and executed, but nevertheless “fails in the essential aspect, which is to avoid disease progression.”

“It is one thing to improve biomarkers and another to recover or halt the progression of the disease,” he continued. “By analogy, annulling the causes of the fire is not the same as putting it out, and this in turn is different from recovering the burnt forest.”

The new data will no doubt be debated extensively at a yet-to-be-scheduled FDA advisory committee meeting, and Biogen will be hoping for a better outcome than at the Aduhelm meeting, which resulted in a vote against approval of the drug.

The rarity of SOD1-ALS means however that tofersen is unlikely to make big sales, even if it launches with a high price.

Biogen is currently squeezed between competitive pressures to its multiple sclerosis and spinal muscular atrophy products and practically zero sales of Aduhelm.

A lot is riding on lecanemab, which has been filed in the US, along with other late-stage programmes like Sage Therapeutics-partnered antidepressant zuranolone, lupus therapies litifilimab and dapirolizumab pegol, and stroke candidate BIIB093.