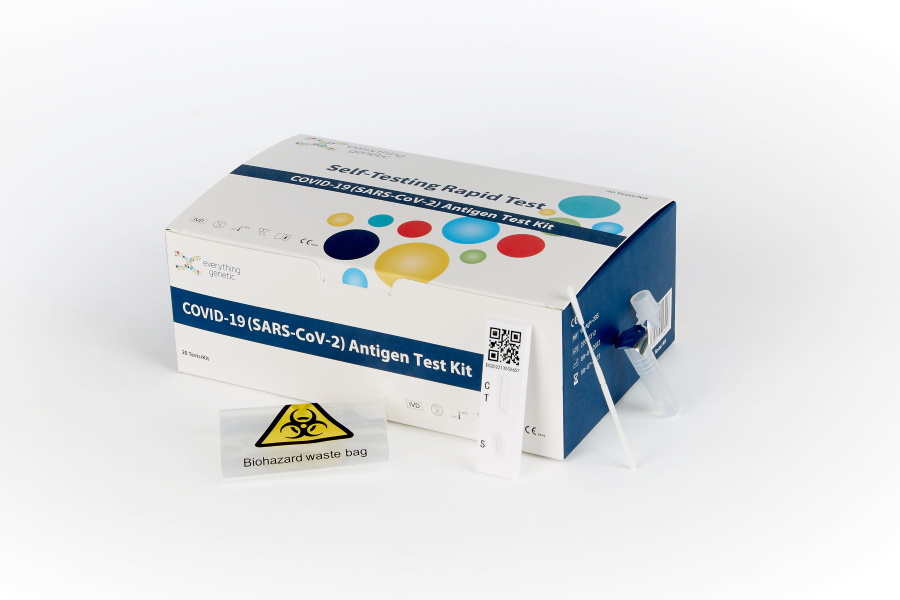 From 1 April, it will be no longer be possible for most people in England to get access to free COVID-19 lateral flow tests (LFTs) or PCR testing, and companies are racing to tap into the new commercial opportunity.

One such is Everything Genetic, which has just claimed regulatory approval for its £1.99 COVID antigen assay, claimed to offer a clinical performance of 96.1% sensitivity and 100% specificity.

The low-cost LFT is undercutting some rivals such as pharmacy chain Boots, which has started offering single LFT kits online for £5.99, or four for £17, although Lloyds Pharmacy is currently offering LFTs for at-home use for £1.89.

For now, people in England without COVID symptoms can order one pack of seven LFTs every three days – previously it was one per day – until free access ends at the end of the month for anyone aged under 75 or with weakened immune systems.

The situation isn’t clear in other areas of the UK. Scotland has said it will free testing will continue after April – but what form that will take is not yet clear – while Wales has said LFTs will continue to be free for people with symptoms until June. Northern Ireland hasn’t yet commented on its plans.

Everything Genetic was set up in 2016 to provide genetics testing services, but branched out into COVID-19 testing to meet demand among people needing to travel in and out of the UK.

“Although COVID tests won’t be free after April 1, the importance and demand for using them to accurately gain a rapid insight into our health will continue for some time,” said the company’s chief executive James Price.

“Our overarching ambition is to democratise testing, whether testing for Covid or genetic cancer or heart diseases,” he added. “Bringing down the cost-price for these tests to less than a price of a takeaway coffee will help us realise those ambitions.”

Everything Genetic is also making its tests available in packs of 10 or 20, for £18 and £35, respectively.

The decision to end free testing in England has been criticised by those who believe that with infection rates still running at high levels – fuelled by the new BA.2 strain of Omicron – it is premature to remove this safeguard.

Much of that concern stems from the reduction in PCR tests, which are an important tool for detecting the emergence of new variants of COVID-19.

“The rise in infection rates with the BA.2 version of omicron highlights the need to maintain PCR testing and genomic surveillance,” said Prof Lawrence Young, a University of Warwick virologist, when the government’s plans were first unveiled last month.

“It is inevitable that we will experience new variants over the coming months and these can only be monitored and traced using PCR coupled with virus genome sequencing,” he pointed out.