After a Scottish aye, NICE says no to Lynparza for prostate cancer

AstraZeneca’s PARP inhibitor Lynparza should not be made available routinely on the NHS n England and Wales as a treatment for prostate cancer, according to cost effectiveness agency NICE.

That is the conclusion of draft guidance which says that the evidence for Lynparza (olaparib) as a treatment for prostate cancer is uncertain, and therefore not a good use of NHS funds.

The decision – which comes after an earlier rejection by NICE in March 2021 – covers Lynparza’s approval for prostate cancer cases with BRCA1 or BRCA2 mutations that has spread (metastasised) to other parts of the body and has relapsed after prior treatment with the hormonal drugs abiraterone or enzalutamide.

It creates a misalignment of policy around the UK for Lynparza in prostate cancer, as Scotland approved use of the drug in this setting last September.

The stumbling block for the evidence presented by AZ in support of Lynparza was that it compared the drug to re-treatment with abiraterone or enzalutamide, which is not standard care in the NHS.

Studies showed men taking Lynparza had more time before their disease gets worse and live longer overall than those retreated with abiraterone or enzalutamide, acknowledged NICE.

There is indirect evidence to suggest Lynparza increases overall survival  compared to cabazitaxel, the data is “uncertain,” according to NICE, and there is no comparative data with docetaxel and Xofigo.

NICE’s chief executive Gillian Leng said the agency was “disappointed not to be able to recommend olaparib for use in this way,” but added that “the company’s own economic model demonstrated that the drug does not offer enough benefit to justify the price it is asking.”

The list price of Lynparza is £2,317.50 per pack of 56 tablets (14 days’ supply), making the cost of an average treatment course £37,491, although AZ provides the drug to the NHS at a confidential discount. The drug is approved for NHS prescribing in other indications including for ovarian cancer.

The Institute of Cancer Research (ICR) in London, which was involved early on in the development of the PARP class, said it was also disappointed by the outcome of the second appraisal. 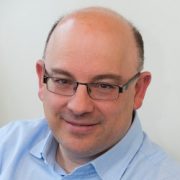 “I was delighted when olaparib was approved for NHS patients in Scotland earlier this year – and it’s disappointing that this decision means their counterparts in England and Wales will miss out on such a valuable new treatment option,” said ICR’s Prof Johann De Bono, who led the PROfound trial of Lynparza in relapsed prostate cancer.

“It’s an example of the barriers that exist to making innovative drugs available at prices that the NHS can afford and is going to result in postcode prescribing across the UK,” he added.

The ICR has urged AZ and NICE to reach an agreement on the price of Lynparza that will allow it to be used in England and Wales.

“The NHS needs to show more flexibility in the way drugs are priced from one indication to the next, to ensure new drugs can reach more patients, and pharmaceutical companies in return must be prepared to offer discounts if drugs do not work as well as promised,” he added.