15 tips to (not) frustrate the heck out of your team 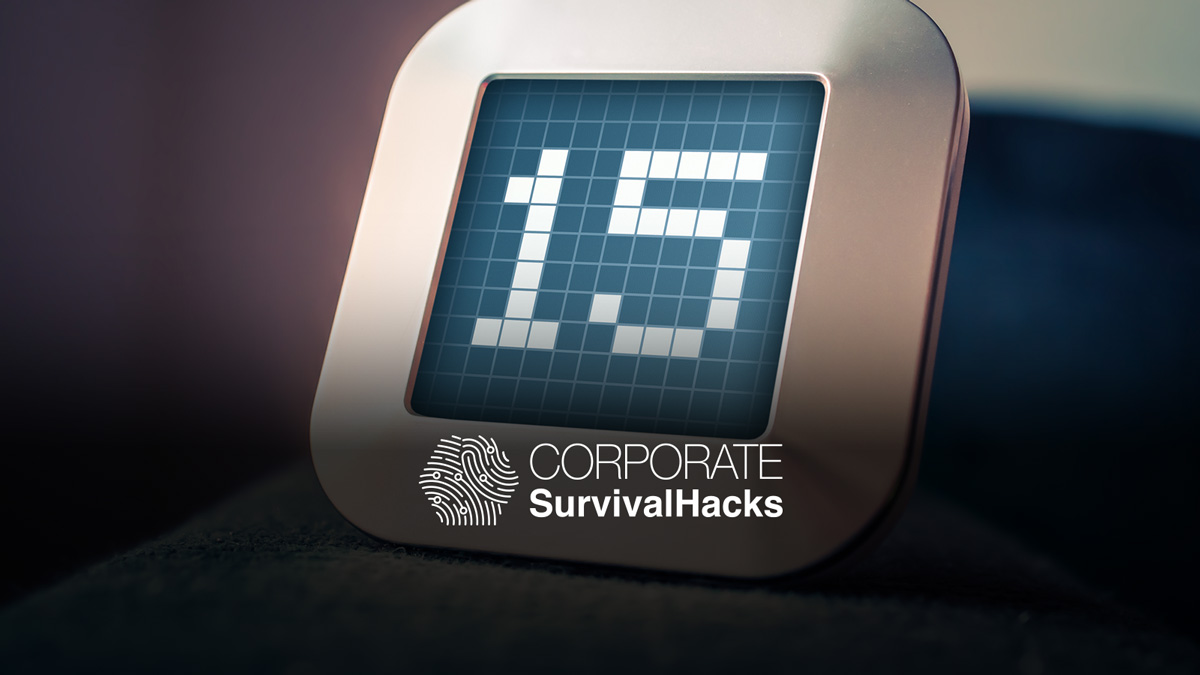 Oliver Stohlmann’s Corporate Survival Hacks series draws on his experiences of working in local, regional and global life science communications to offer some little tips for enjoying a big business career. This post focuses on how poor managers frequently treat employees; it might hold some hints to support and retain strong talent – and benefit from their continued enthusiasm and drive for results.

Throughout my career, I’ve enjoyed some terrific managers, but also some mediocre ones. Each taught me valuable lessons. Even the latter helped me understand what type of manager I never wanted to become.

Great leaders inspire their teams and create a vision everyone can strive towards. They help people stretch and grow. They set clear goals but don’t micromanage on how to get there. Their leadership style builds loyalty and gets employees excited about achieving a shared mission.

Poor managers, on the other hand, frustrate people through behaviours that limit and discourage that mission. Here are a few examples of bad leadership traits that come with a near-guarantee to demotivate employees, destroy confidence and turn high-potential talent into poor performance.

Control and micromanage your team

The number one behaviour annoying and discouraging most employees, in my experience, is micromanagement. Of course, junior colleagues and those completely new to an unfamiliar role need stronger guidance than experienced people or those who’ve been performing that role for a while. And some may seek close guidance until they’ve become confident in a new position.

However, when a manager interferes with the work of capable colleagues every step of the way, the latter will soon become frustrated and likely seek to move on to a different manager – or a new company altogether – who appreciates their expertise and maturity.

What’s even worse: an insecure manager trying to control their team’s every move, like asking to be copied on emails or requesting updates constantly. That, too, will freak people out, stress them and stifle any progress.

Especially with professionals who have accumulated a lot of experience, the way to build trust and encourage them to perform their best is to agree to mutual goals, yet allow them the freedom to decide how to best reach these. Agree to regular check-ins if you must, but don’t breathe down their neck in-between for updates. An inspired team member will bend over backwards to exceed expectations. A micromanaged one won’t.

Take credit for your team’s work

Yes I’ve had them, too: managers taking credit for my work. Which I don’t get – at all. As a manager, every success of your team will reflect positively on you, your competence, your leadership. The more you let your team shine, the more they will run for you.

In contrast, taking credit for your team’s work kills their spirit. As simple as that. They will stop respecting you. Nor is it credible to anyone above in the pecking order that you alone would have achieved all the results of your group.

Just don’t do it.

Show your team how smart you are – all the time

One of the surest ways to demoralise people and lose their interest and loyalty fast is to constantly show them you’re smarter than they are; especially when you copy others to demonstrate your superiority, or let it out on them in meetings in front of colleagues.

The sad truth is that you might know more than they do, in some areas. However, the way to deal with that is not to constantly rub it in. Be graceful, be generous, be humble. Your people will adore you for it.

Dismiss and disrespect your team

Tell them off in front of colleagues. Ignore them in meetings. Employees who don’t feel important to you will not want to give their best for you. If you’re known to not answer emails, shun them, cancel meetings last minute or routinely show up 20 minutes late, they will feel they don’t matter and eventually stop trying to engage with you.

If you publicly insult employees, yell at them, badmouth absent people or gossip about others, you’re on a sure path to ruining trust and relationships. Being humiliated in front of peers is a huge blow to anyone’s ego. When it happens, this is another certain way to damage someone’s self-esteem and wipe out their respect for you.

Confuse and misguide your team

Brief your team member about something they need to achieve for you. Then change direction without letting them know. But still hold them accountable for not following the change in direction, which no one told them about. It’ll confuse them mightily, leaving them stranded somewhere between disappointment and anger. They will question the value you’re placing on them and their contributions if they’re not kept in the loop or if they feel forgotten.

Another great way of unsettling your team is to not set expectations at all. Leave them to guess what they should be doing. Then hold them accountable for goals they weren’t aware of. Best, wait until the year is over before informing them that they haven’t met expectations. It’ll leave them deflated, feeling like a failure no matter how hard they have worked for you.

Marginalise your team and fail to retain them

When leaders focus on really unimportant details, like who was in the office first or stayed last, or how long exactly did you break for lunch when working from home today – when you’ve just been slaving through the weekend to ensure to keep things afloat – they will leave you defeated, not wanting to go the ‘extra mile’ for them.

When employees aren’t recognised for achievements that matter, they will ‘check out’, as whatever they do there’s nothing that seems meaningful and, therefore, no way for them to succeed.

Lastly, if you’re experiencing high turnover, especially among capable talent, this could mean one of two things. Either, you’re a terrific manager who develops and supports team members and makes them visible in record time, so that other leaders inside and outside your organisation notice and pinch them; or the opposite … someone who frustrates people, doesn’t make them feel valued or treated fairly.

Oliver Stohlmann is a communications leader with more than 20 years’ experience of working at local, regional and global levels for several of the world’s premier life-science corporations. Most recently he was Johnson & Johnson’s global head of external innovation communication.